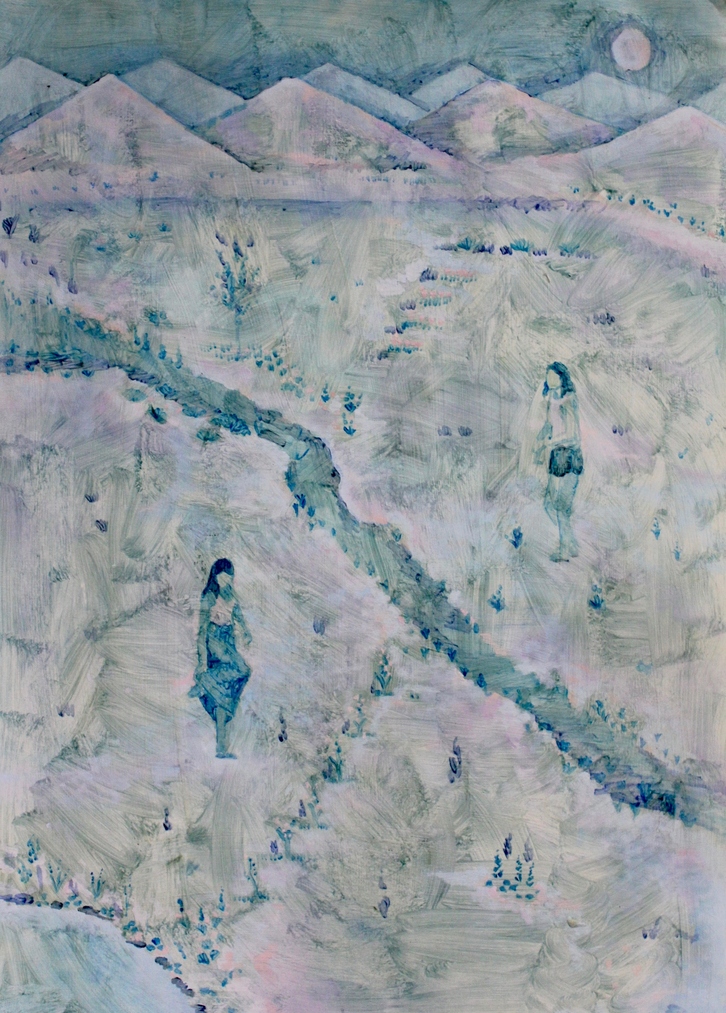 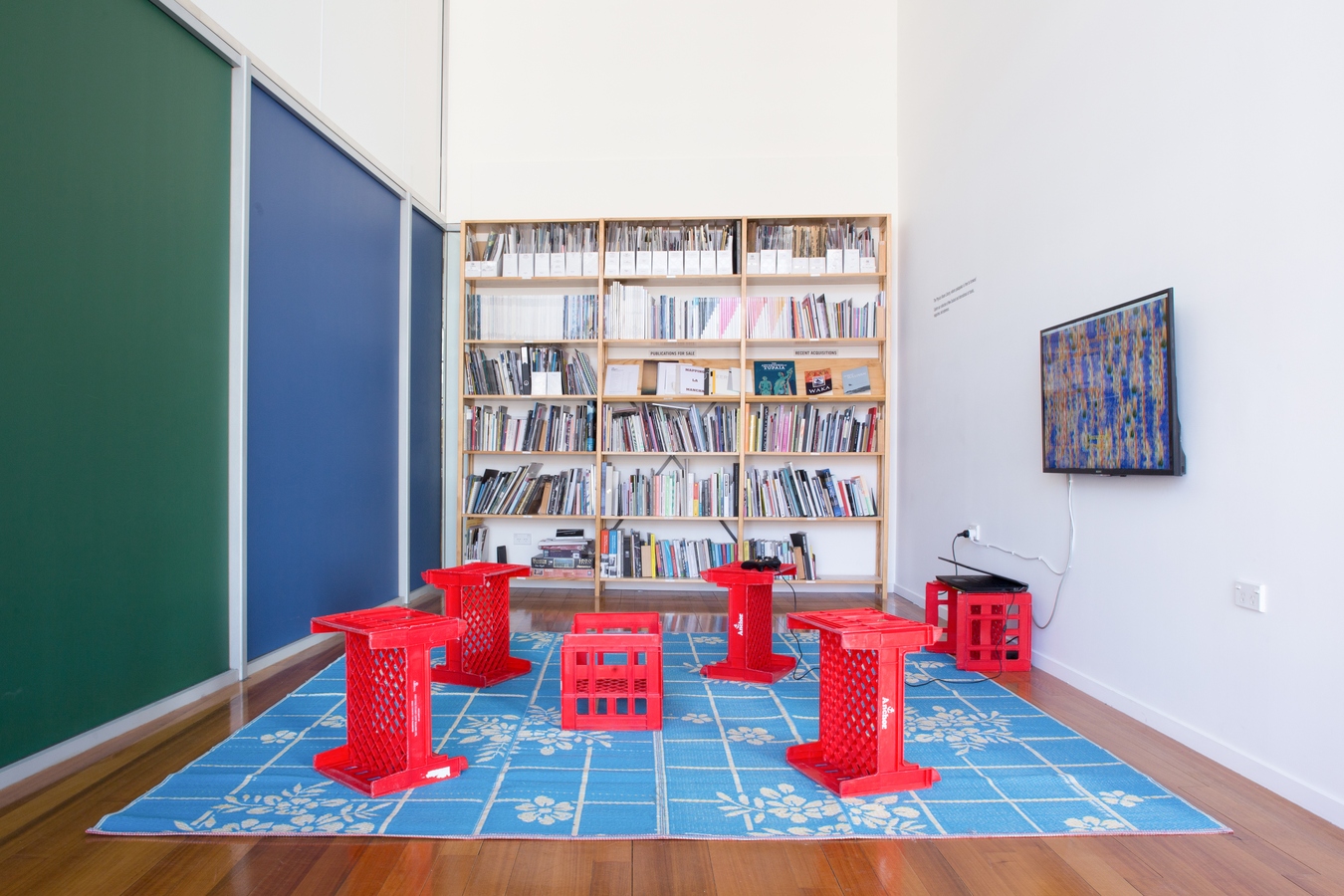 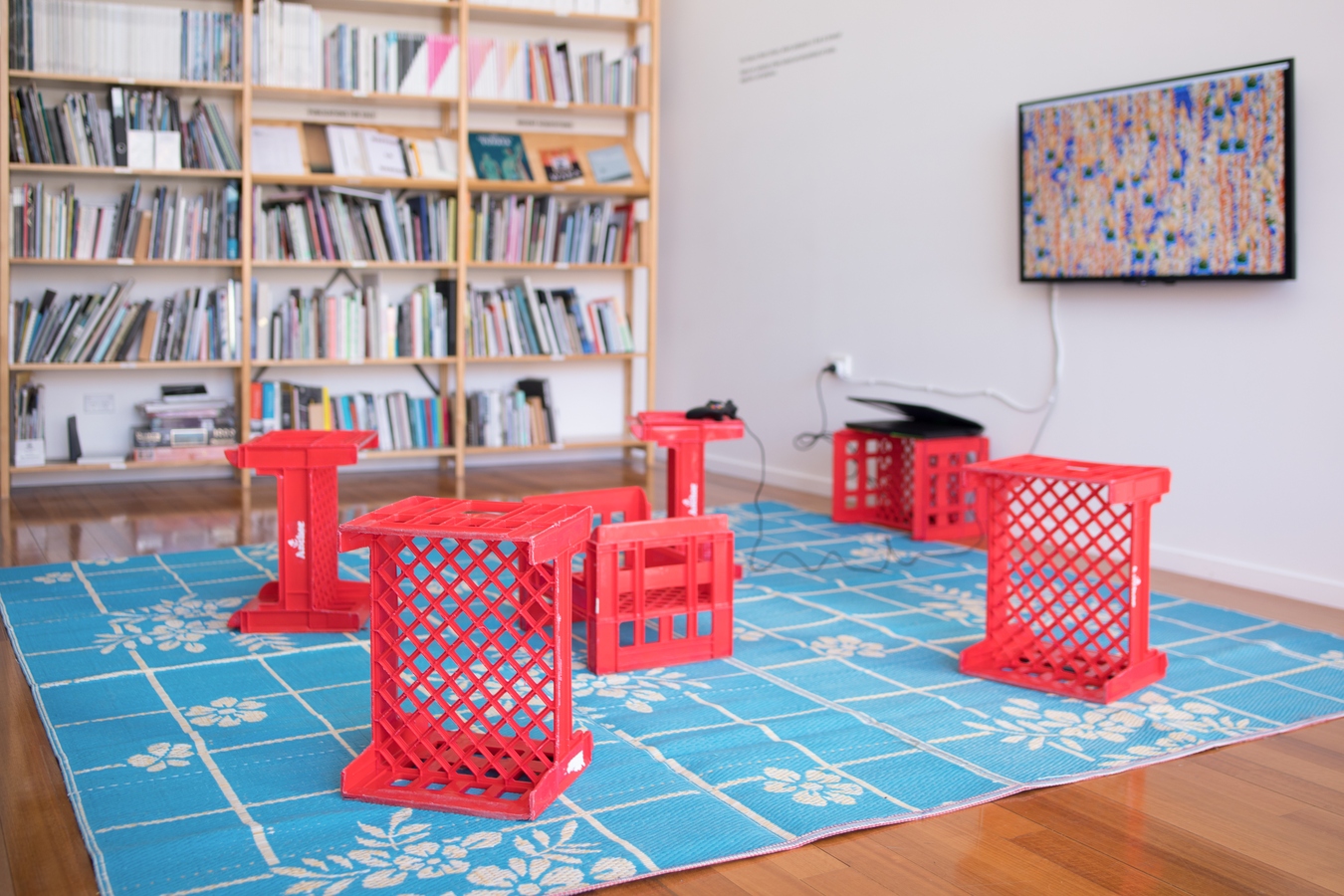 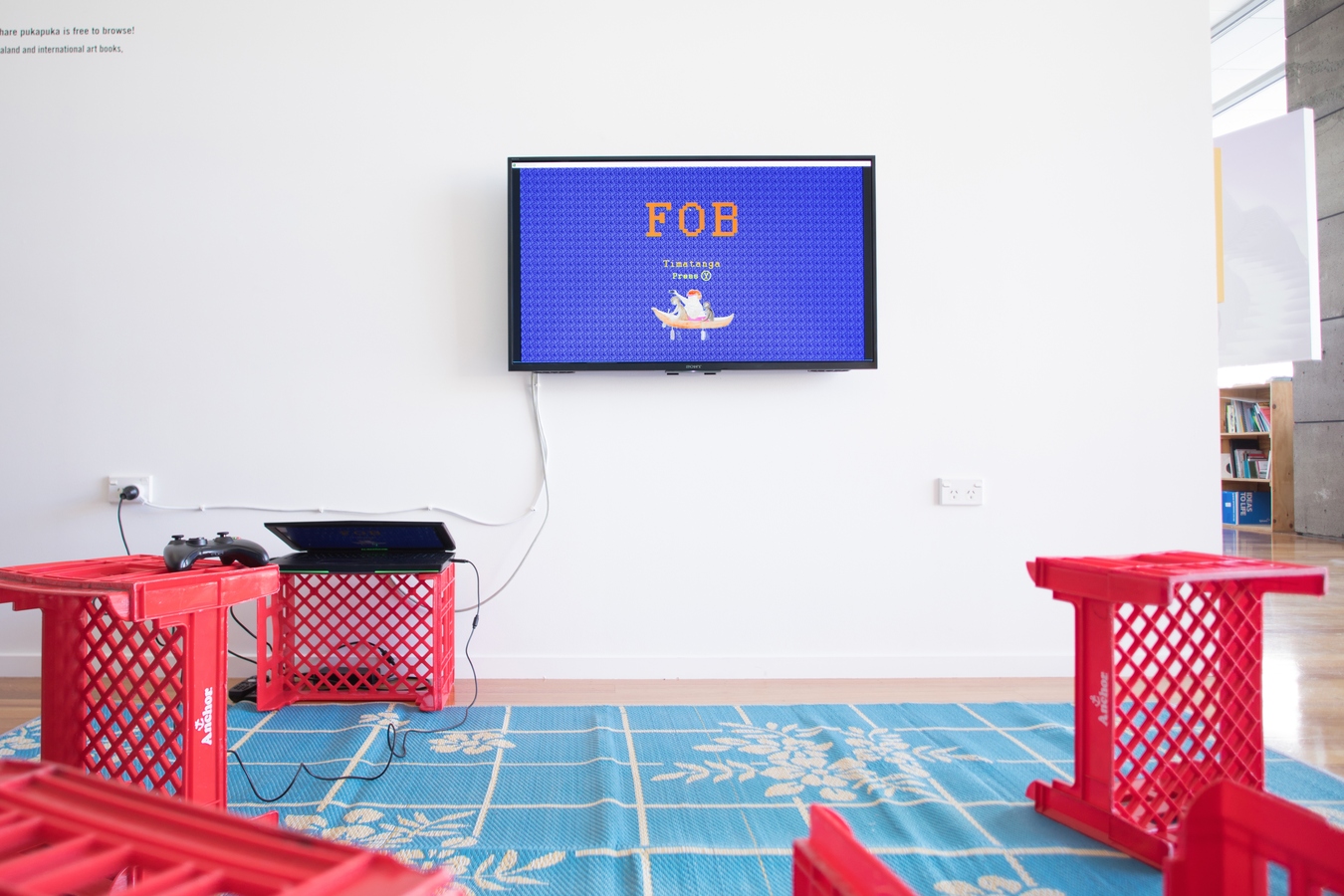 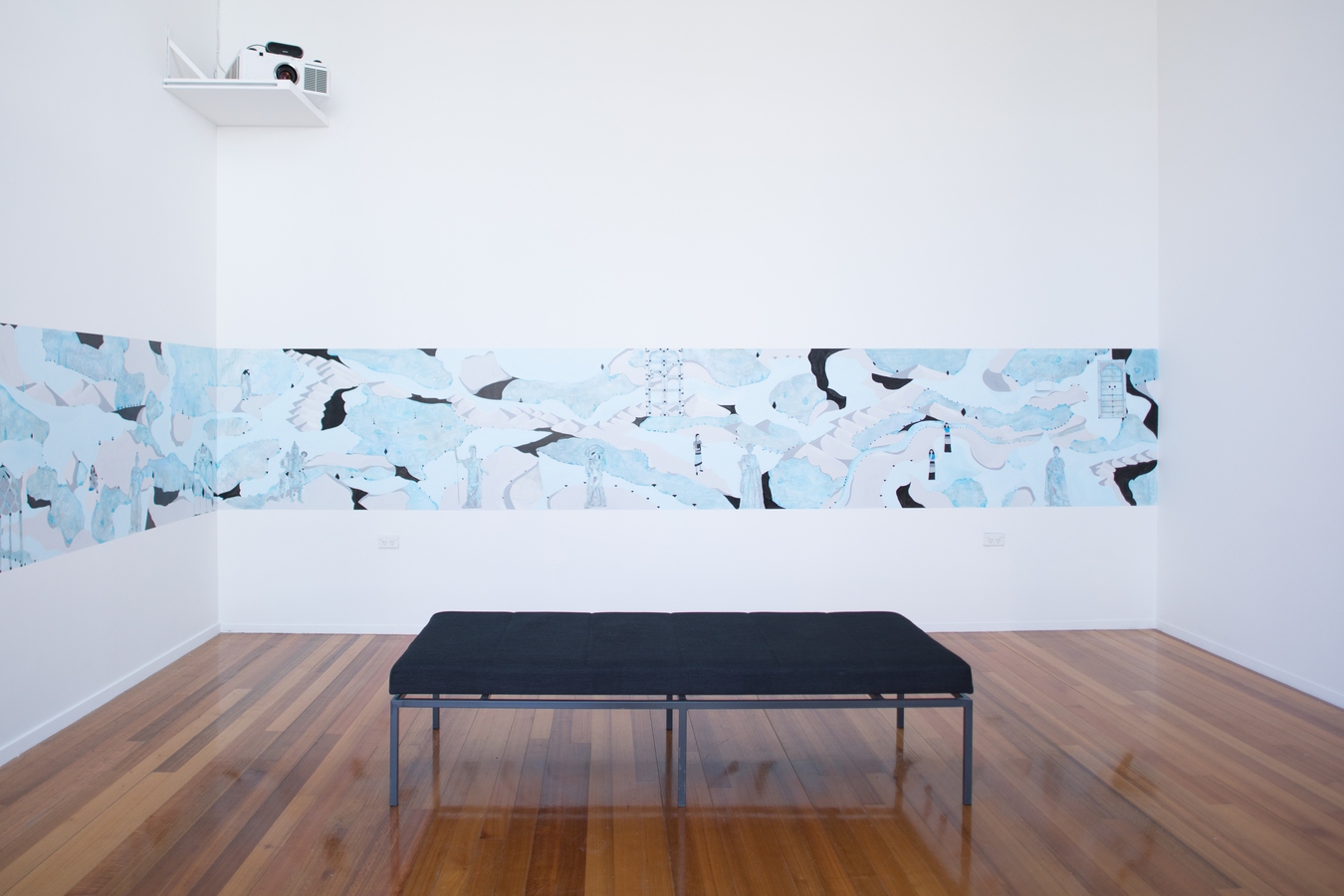 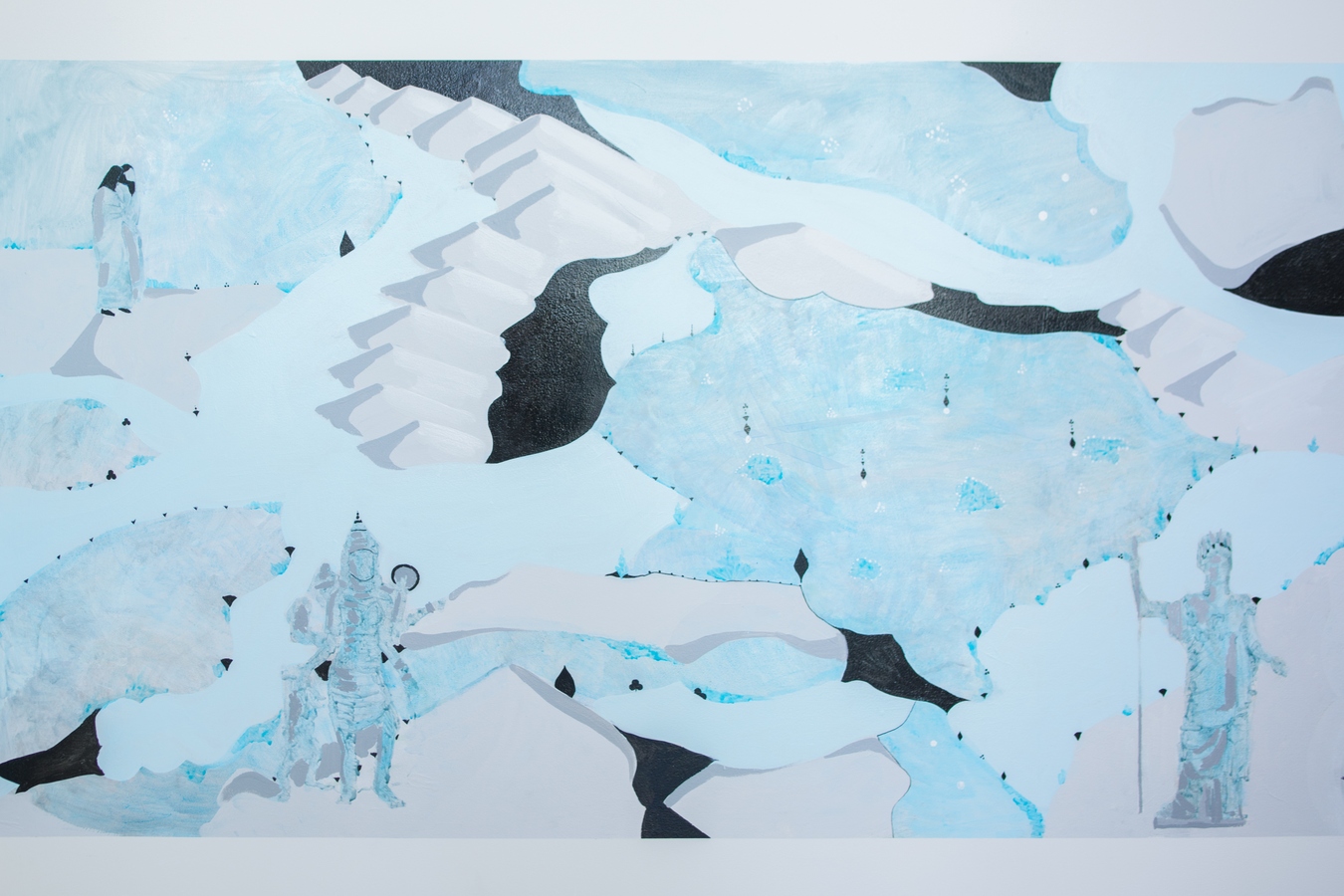 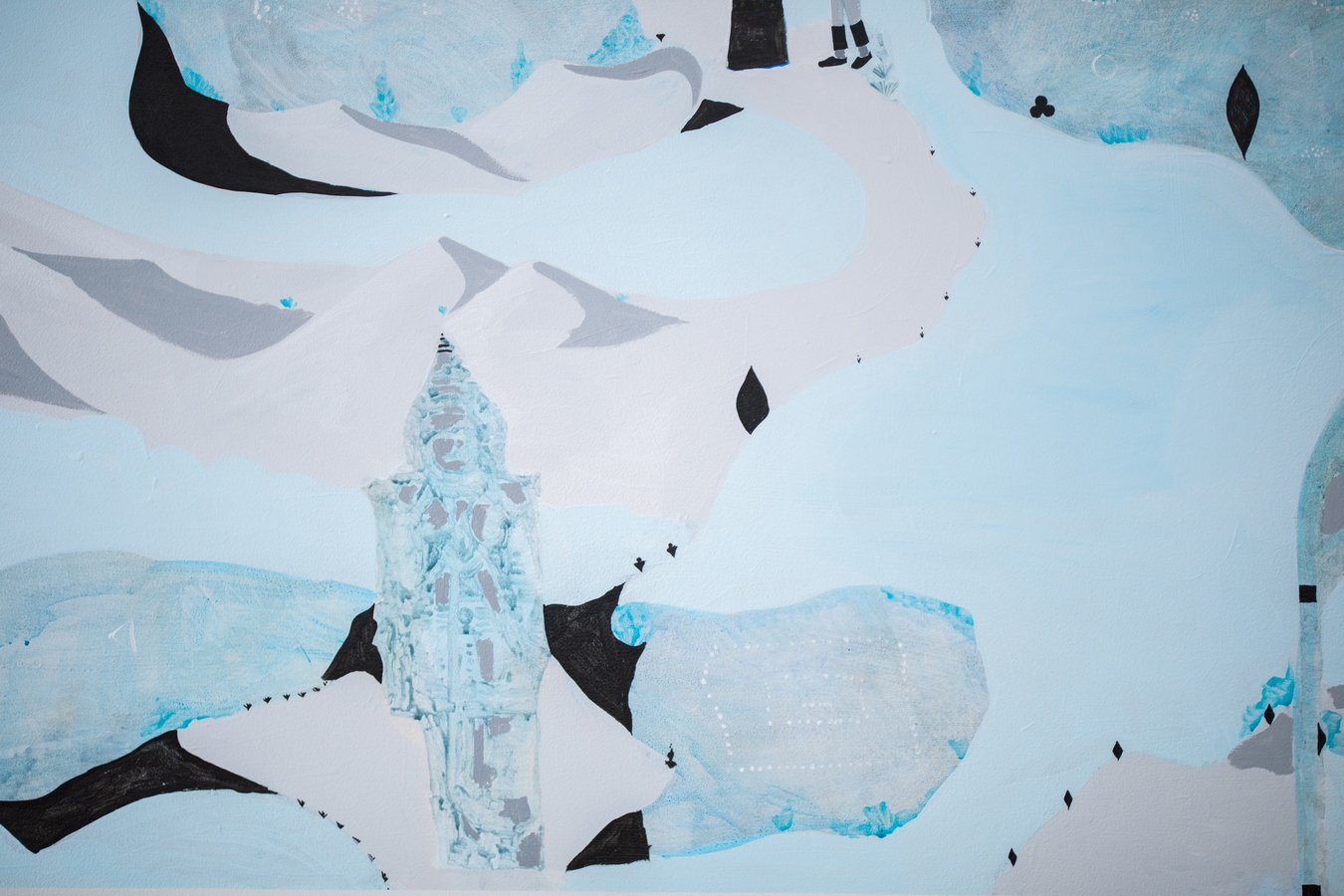 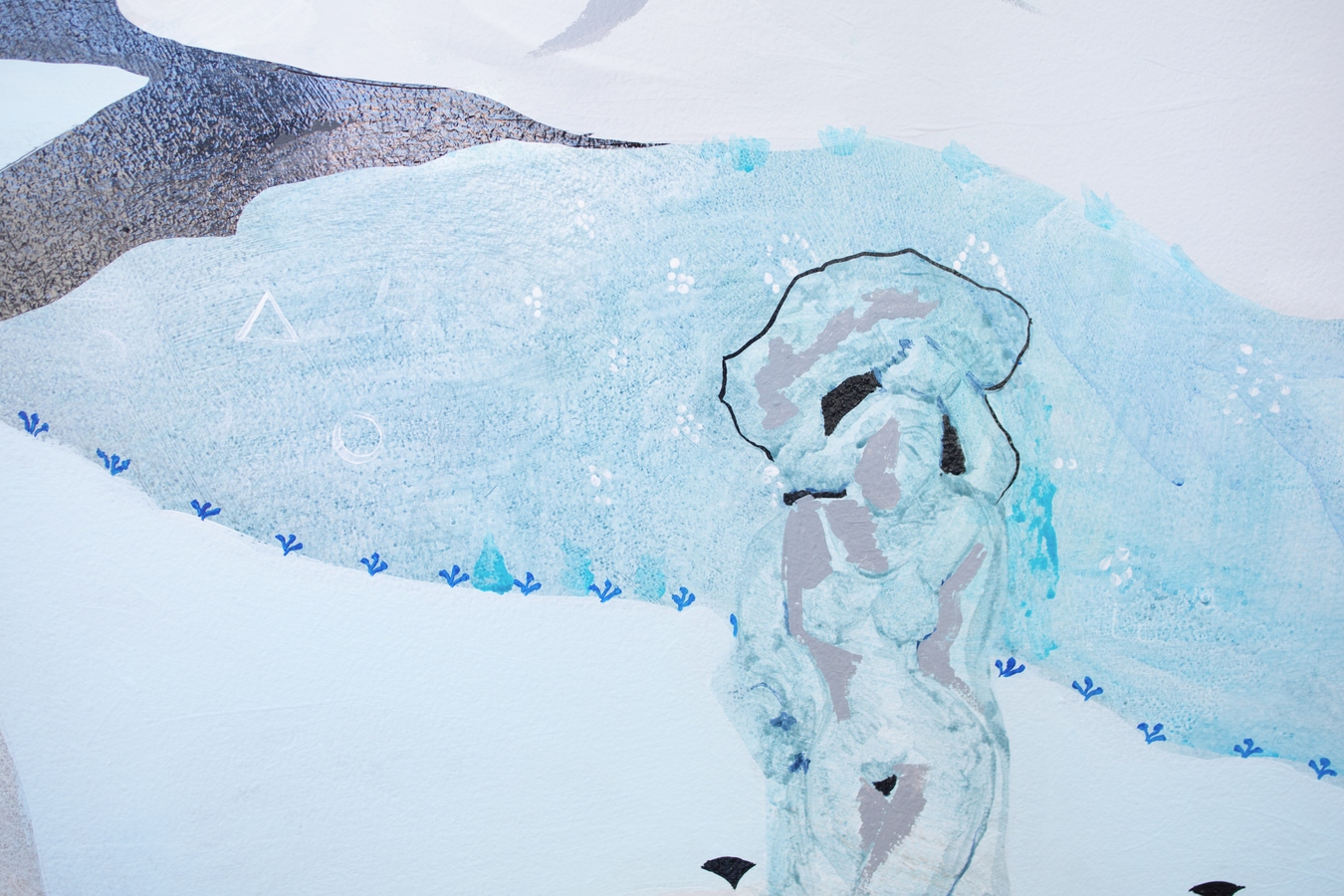 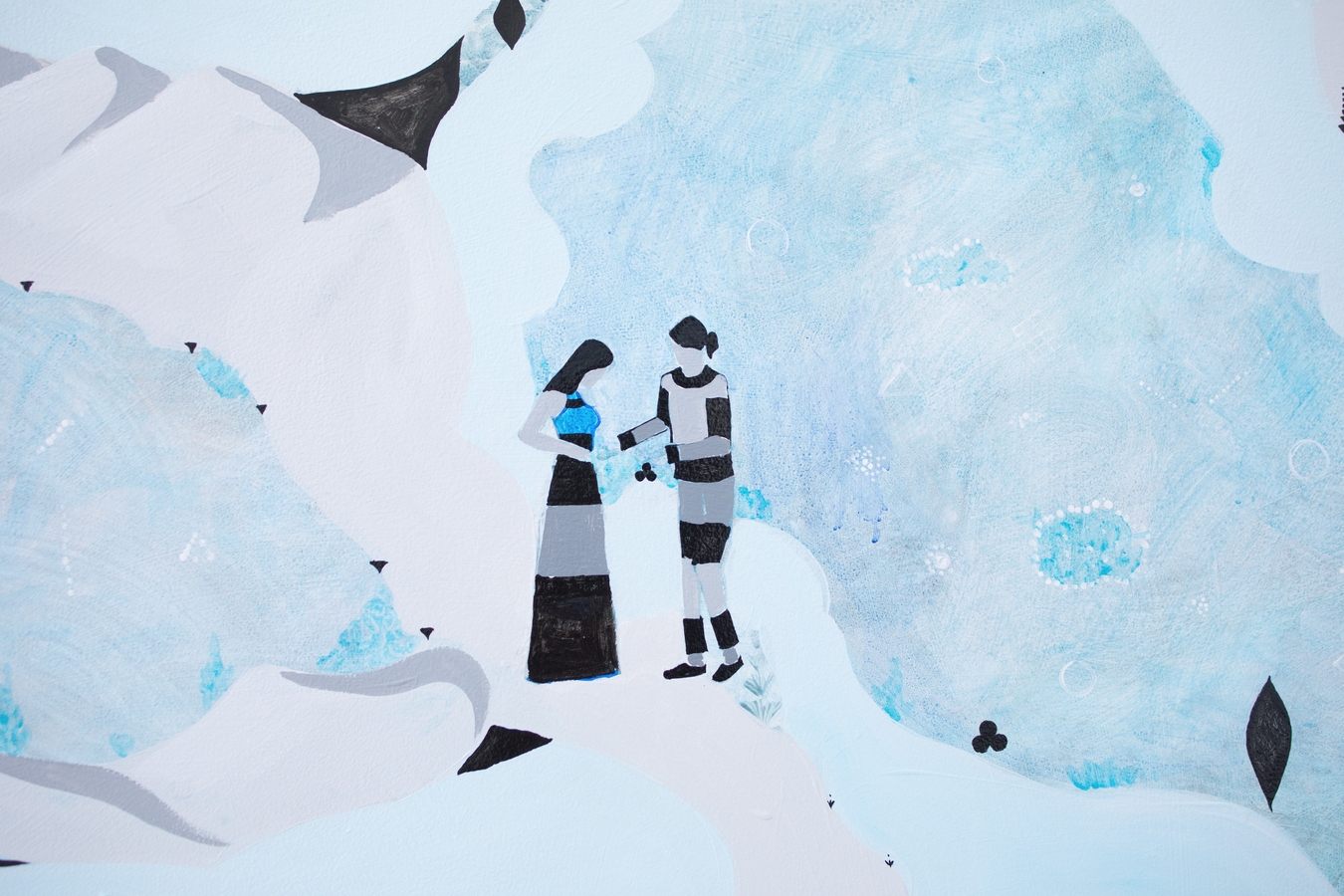 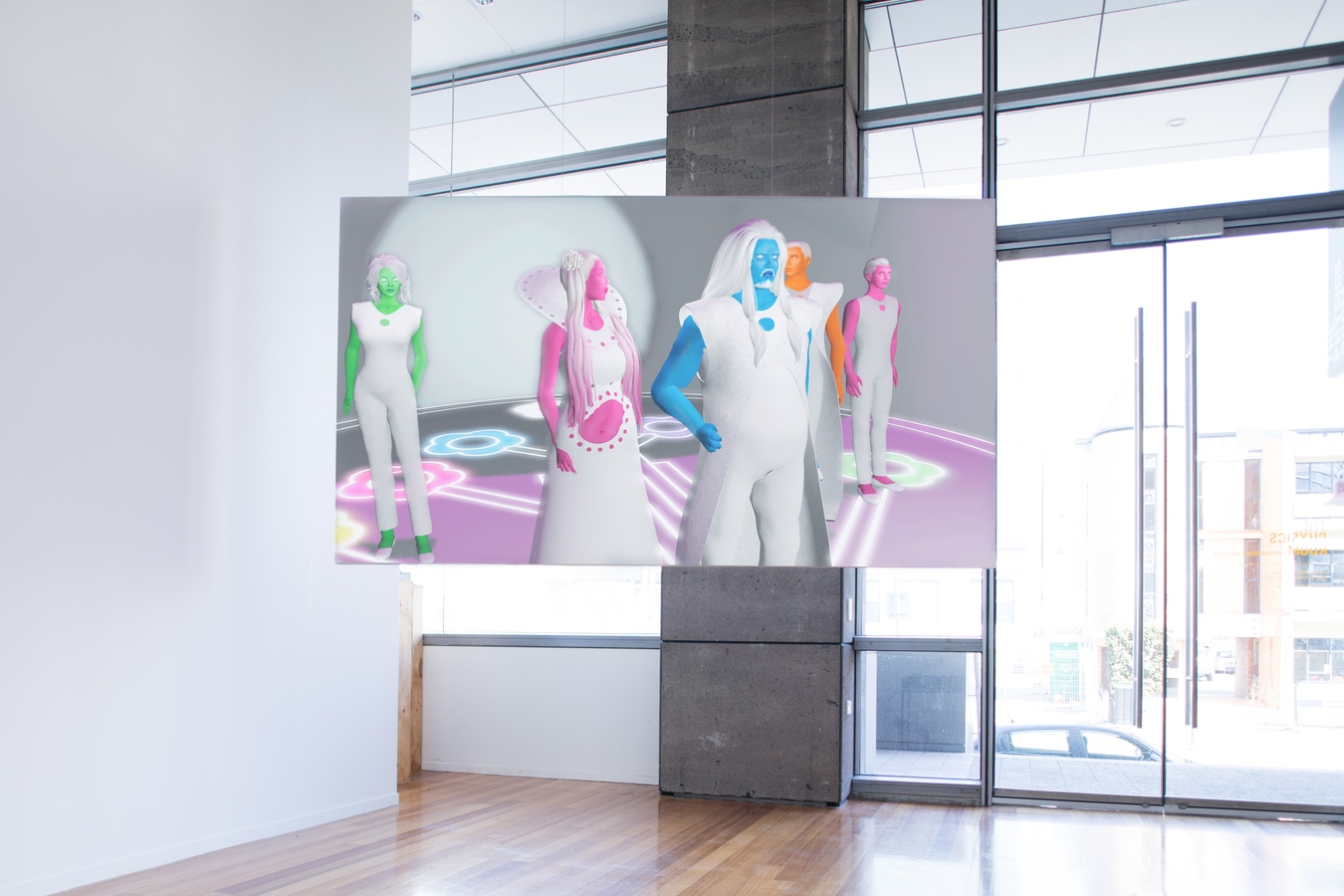 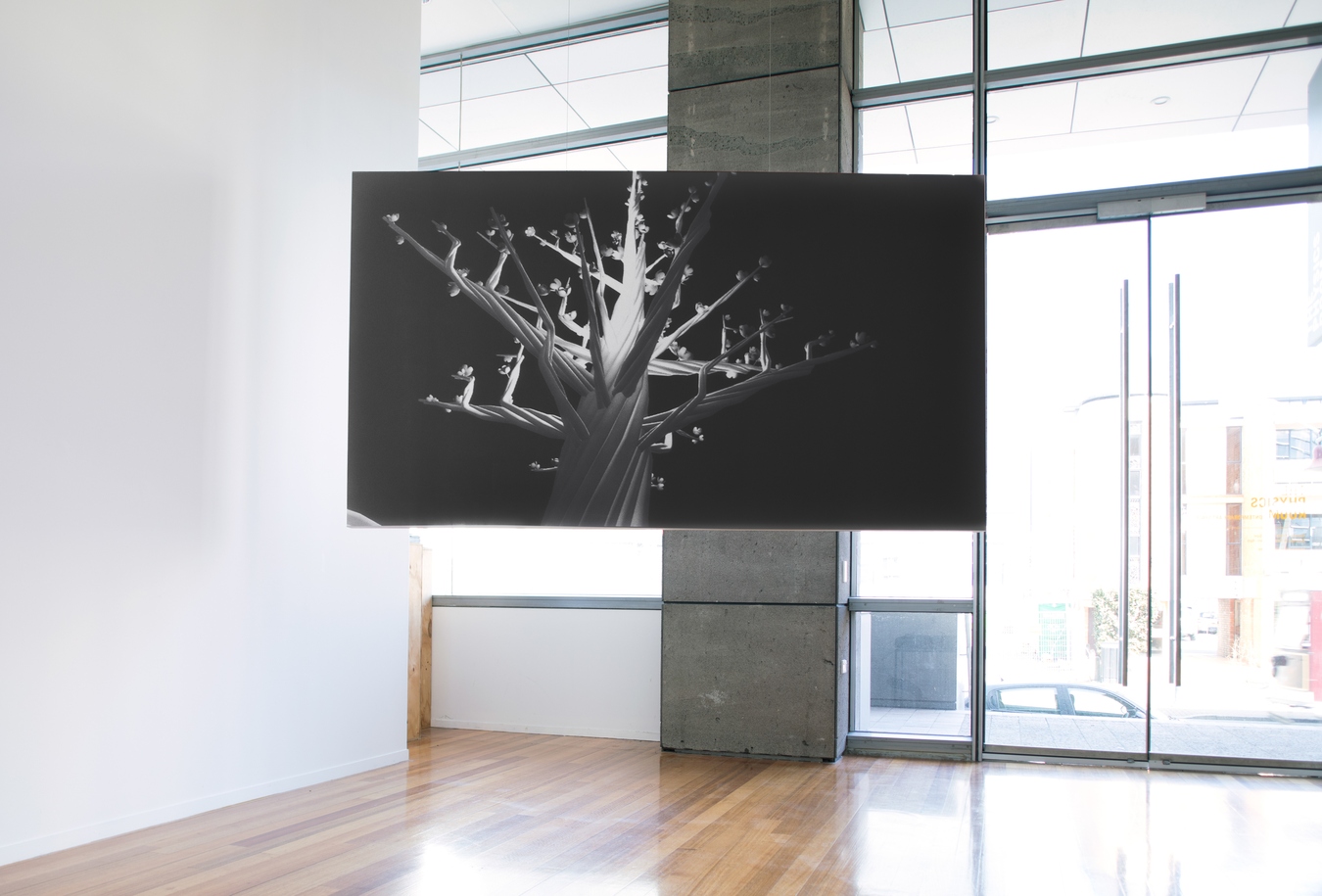 Two Oceans at Once is named from a phrase in a story by Uruguayan journalist and poet Eduardo Galeano. In the story ‘Americans’, from the book Mirrors: Stories of Almost Everyone, Galeano retells the commonly known history of the world in 600 short episodes. Here it is:

Official history has it that Vasco Núñez de Balboa was the first man to see, from a summit in Panama, two oceans at once. Were the natives blind?

Who first gave names to corn and potatoes and tomatoes and chocolate and the mountains and rivers of America? Hernán Cortés? Francisco Pizarro? Were the natives mute?

The Pilgrims on the Mayflower heard Him: God said America was the promised land. Were the natives deaf?

Later on, the grandchildren of the Pilgrims seized the name and everything else. Now they are the Americans. And those of us who live in the other Americas, who are we?

At face value, it is an account of discovery, naming and renaming as part of historic global exploration in search of ‘new’ territories and resources, under a colonial agenda. The ‘two oceans’ in Galeano’s story are the Atlantic Ocean and the Pacific Ocean. Although Vasco Núñez de Balboa was not the first person to see these two oceans at once, it is said that in 1513, from that vantage point in Panama, he was the first European to see the Pacific Ocean. [1]

In the context of Aotearoa, Two Oceans at Once takes on the impetus of retelling, where 2018 was the 125th anniversary of women’s suffrage, and 2019 holds the 250th anniversary of the arrival of Captain James Cook—an arrival that, like Vasco Núñez de Balboa’s, involved naming. The most notable in Cook’s case was calling the headland Te Kurī a Pāoa of the bay known as Tūranganui-ā-Kiwa, Young Nick’s Head, after Nicholas Young who spotted the land from the Endeavour. A hugely significant person on board the Endeavour was Ra’iātea born Tahitian navigator and artist Tupaia who on this voyage played a pivotal role in mediating between Māori and the crew of the Endeavour. Tupaia was not included in the initial landing party. After the landing, based on subsequent events, Cook named the bay Poverty Bay and left.

In the retelling of past events as history, dominant sociocultural constructions privilege linear and chronological retelling in a single voice. But within Galeano’s account, as with the events of Cook’s arrival, there are multiple positions from which history can be told. In ‘Americans’, Galeano questions whose voice is heard and remembered in accounts of history. As an exhibition, Two Oceans at Once holds multiple narratives. These are narratives of arrivals, departures, naming, giving voice, being heard, listening, co-habitation, time, place, memory, knowledge, language and love. Recognising that there is no singular past, present or future, the exhibition looks to reorient historical time within the real experiences of communities.

Two Oceans at Once at The Physics Room is the second iteration of the exhibition under this title. The first exhibition of Two Oceans at Once was at St Paul St Gallery, AUT from 15 February to 17 May 2019. It included work by Ayesha Green, Ruth Ige, Rozana Lee, Nicole Lim, Jane Chang Mi, Talia Smith, Vaimaila Urale, Layne Waerea, Yonel Watene. Two Oceans at Once is also the title of the project of collective enquiry begun at St Paul St in 2018, which is shaped by three core interrelated kaupapa: knowledge, language, and love. The enquiry and accompanying programmes attend to an understanding that we are in a constant state of becoming, and ‘coming into relationship with’ our contexts.

Rhea Maheshwari is a visual artist currently based in Tāmaki Makaurau and is finishing her final year of her Bachelor’s Degree (Honours) in Visual Arts (Painting) at the Auckland University of Technology. Rhea draws different strands of symbolism from her personal experiences to paint ornamental tapestries. These tapestries explore how mythical and architectural elements situate her in liminal space between East and West. She was awarded the Board’s Choice at the Eden Arts Art schools Awards 2018, the Gordon Harris Award for Excellence in Fine Arts 2018 and was the Overall Winner for the Eden Arts Young Artists Award 2018. Her artworks can be found in the James Wallace Arts Trust Collection.

Skawennati makes art that addresses history, the future, and change from an Indigenous perspective. Best known for her machinimas—movies made in virtual environments—she also produces still images, sculpture and textile works.

Her groundbreaking new media projects include the online gallery/chat-space and mixed-reality event CyberPowWow (1997-2004); a paper doll/time-travel journal, Imagining Indians in the 25th Century (2001); and TimeTraveller™ (2008-2013) a multi-platform project featuring nine machinima episodes. These have been presented in New Zealand, Hawaii, Ireland and across North America in major exhibitions such as “Now? Now!” at the Biennale of the Americas, and “Looking Forward (L’Avenir)” at the Montreal Biennale. Skawennati is represented by ELLEPHANT and her award-winning work is included in both public and private collections.

Born in Kahnawà:ke Mohawk Territory, Skawennati holds a BFA from Concordia University in Montreal, where she is based. She is Co-Director, with Jason Edward Lewis, of Aboriginal Territories in Cyberspace (AbTeC), a research network of artists, academics and technologists investigating, creating and critiquing Indigenous virtual environments. She also co-directs their Skins workshops in Aboriginal Storytelling and Digital Media. In 2015, AbTeC launched IIF, the Initiative for Indigenous Futures; Skawennati is its Partnership Coordinator.

Kahurangiariki Smith’s waka are Te Arawa, Tainui, Takitimu, Horouta. Kahurangiariki Smith’s principal focus is on mana wāhine and storytelling, which inform her art and video game development practices. Kahurangiariki’s artworks often employ digital formats, a reflection of the media we engage with, in person and online—gifs, games and karaoke. Her work seeks to elevate indigenous voices, critiquing colonial histories and ongoing colonising relationships. Recently Kahurangiariki has been in collaboration with her mother, Aroha Yates-Smith, and working alongside Graeme Atkins, Alex Monteith and Natalie Robertson in Te rerenga pōuri o nga parawhenua ki Te Moana-nui-ā-Kiwa (2019) in “Moana Don’t Cry”, Te Tuhi Centre for the Arts. She has also been involved in other recent exhibitions, with video game MāoriGrl (2017) in “E Hina e! E Hine e!”, Waikato Museum; and FOE (Fresh off the Endeavour) (2019), an arcade machine with modified version of FOB (2016), in collaboration with Hōhua Thompson at “Native Voices”, Tairāwhiti Museum.

Click here to listen to Art, Not Science Episode 4
Artists Rhea Maheshwari and Kahurangiariki Smith, and curator Charlotte Huddleston discuss their exhibition Two Oceans at Once.

Two Oceans at Once Catalogue (pdf)

FIKA Writers respond to Two Oceans at Once