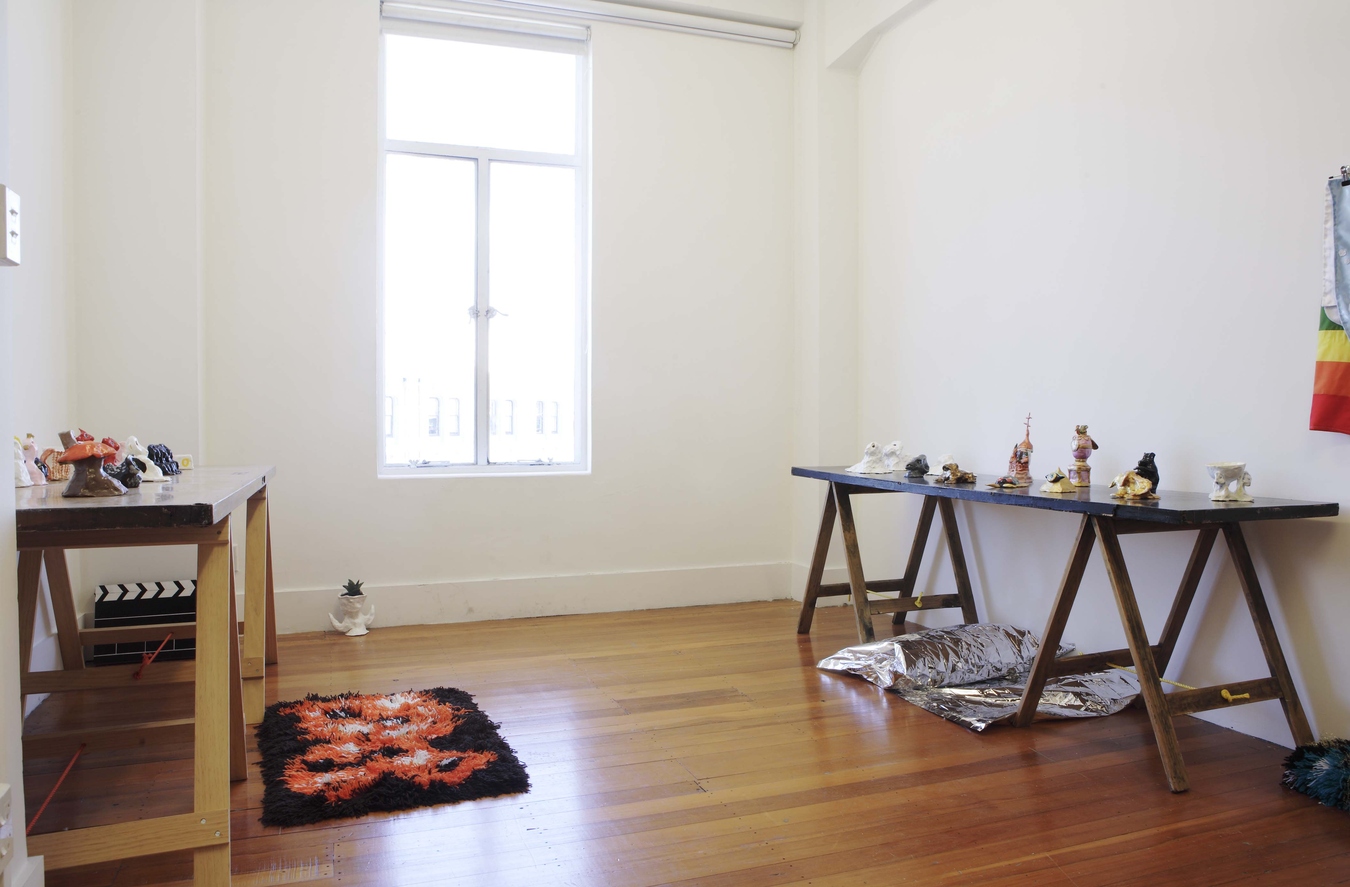 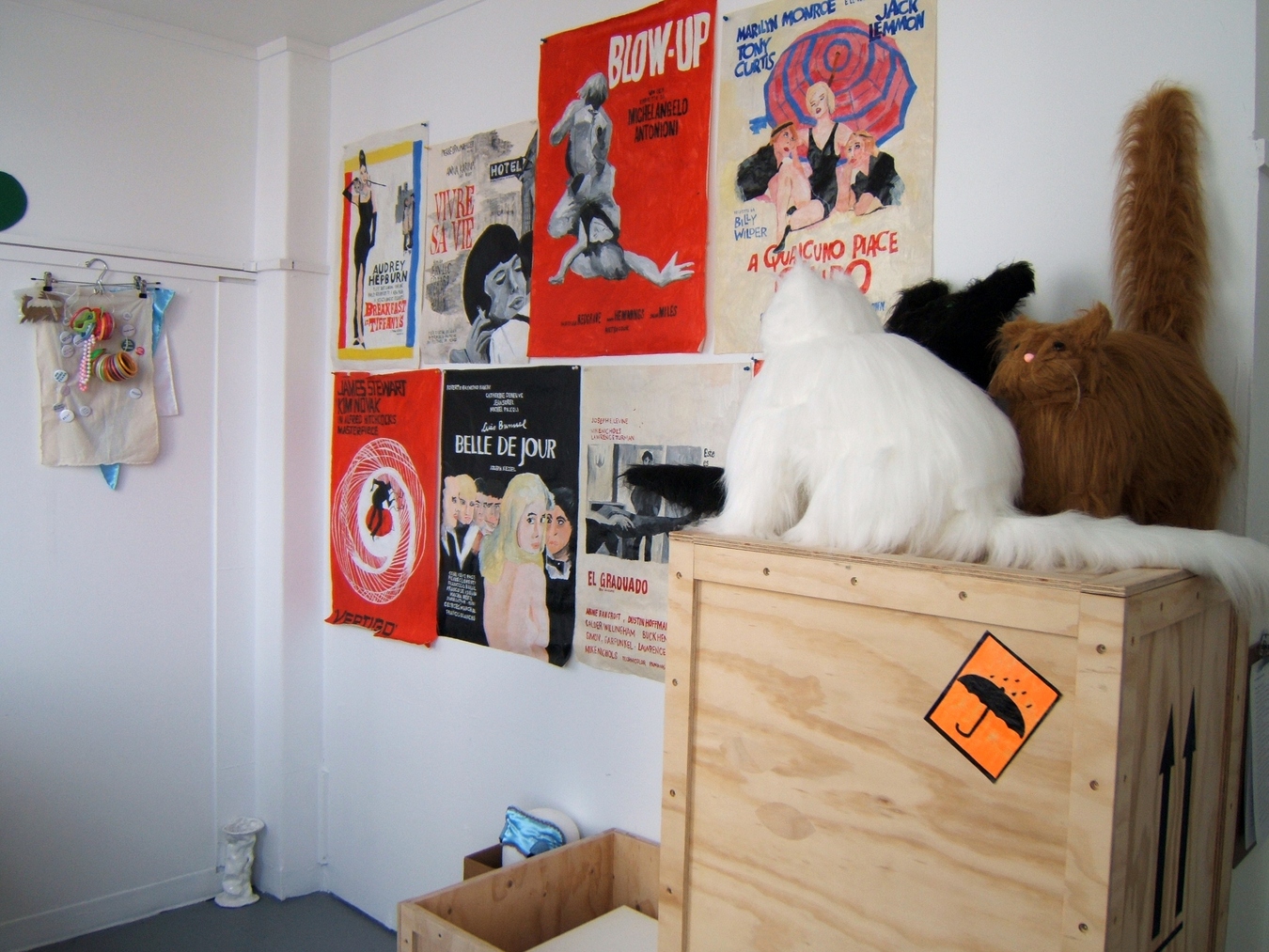 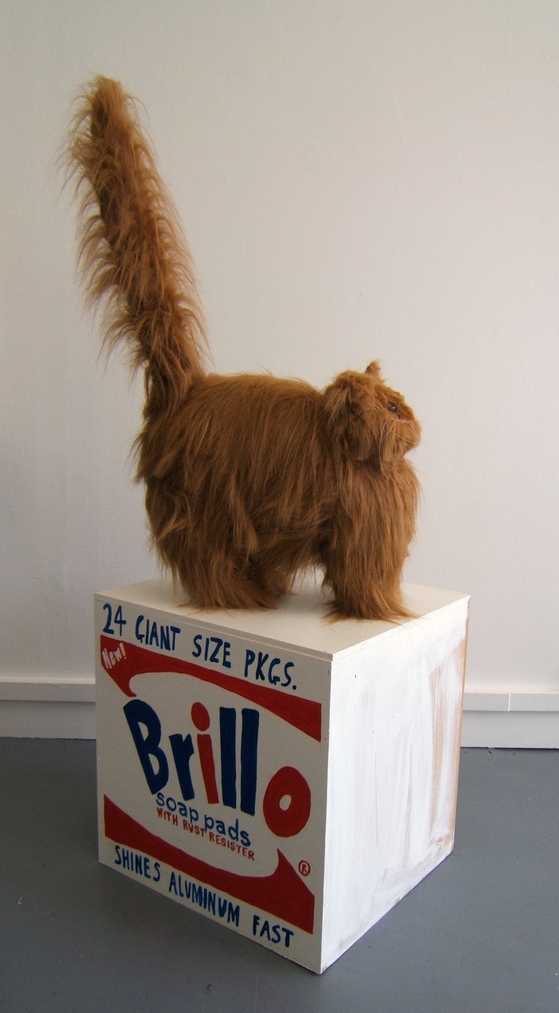 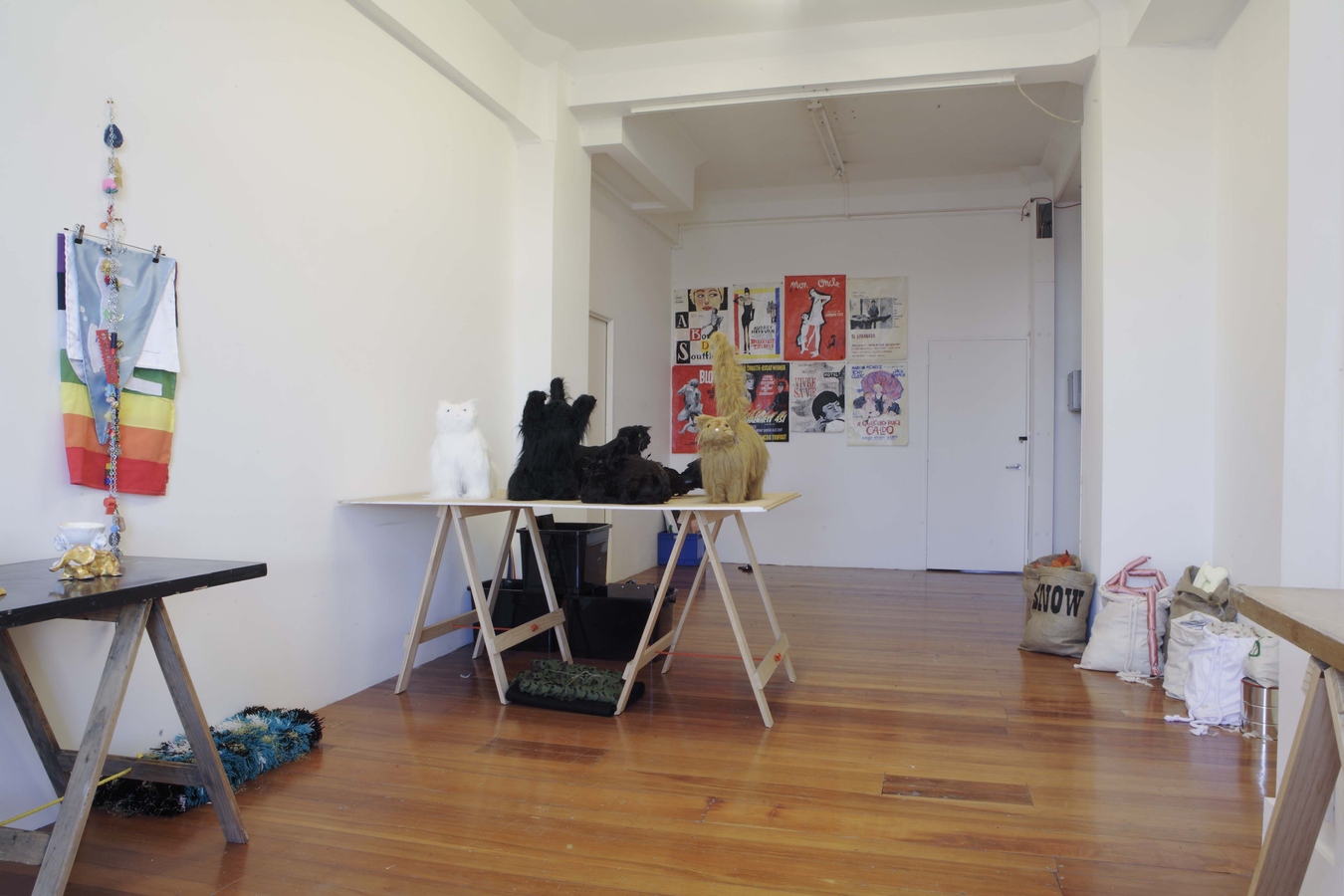 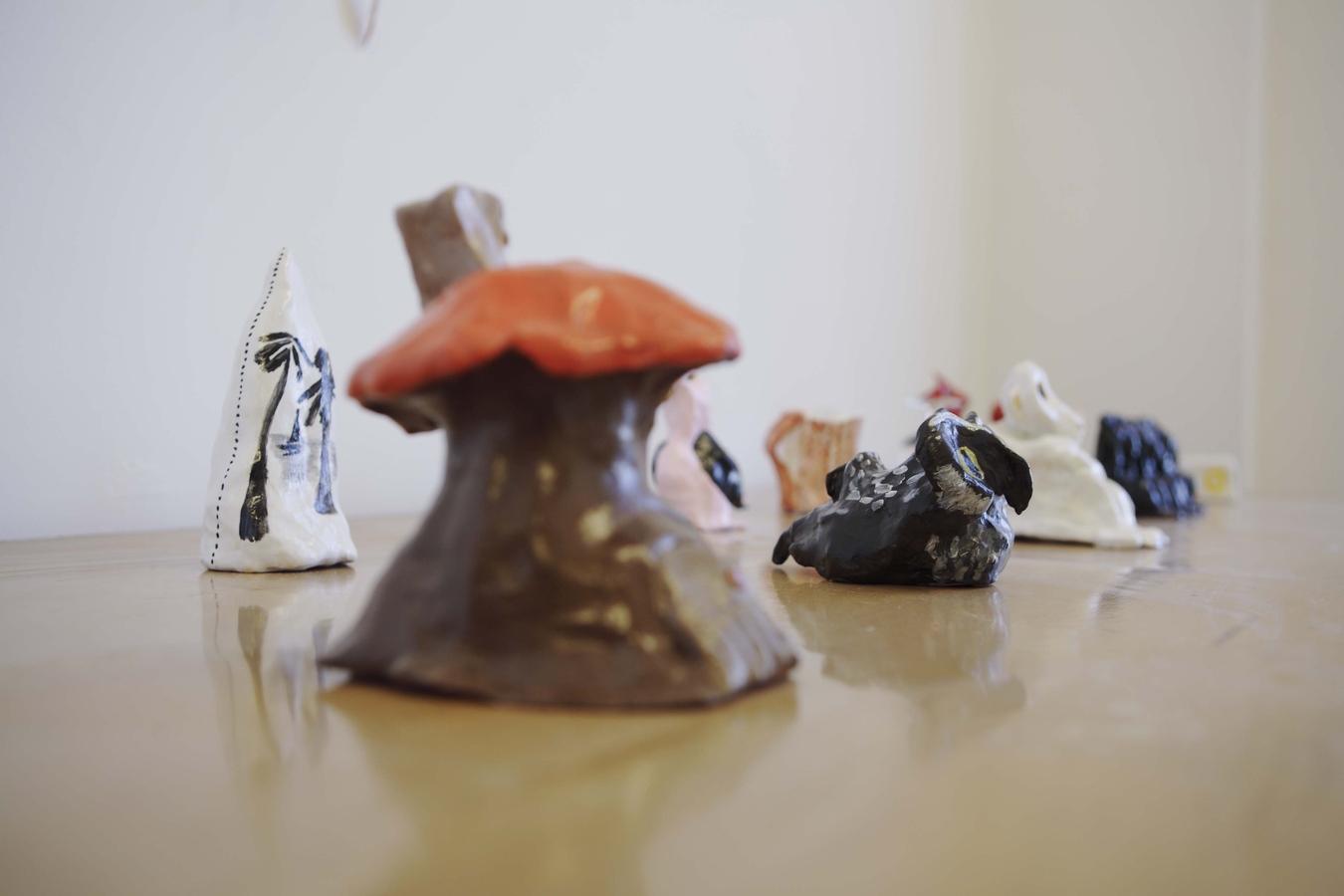 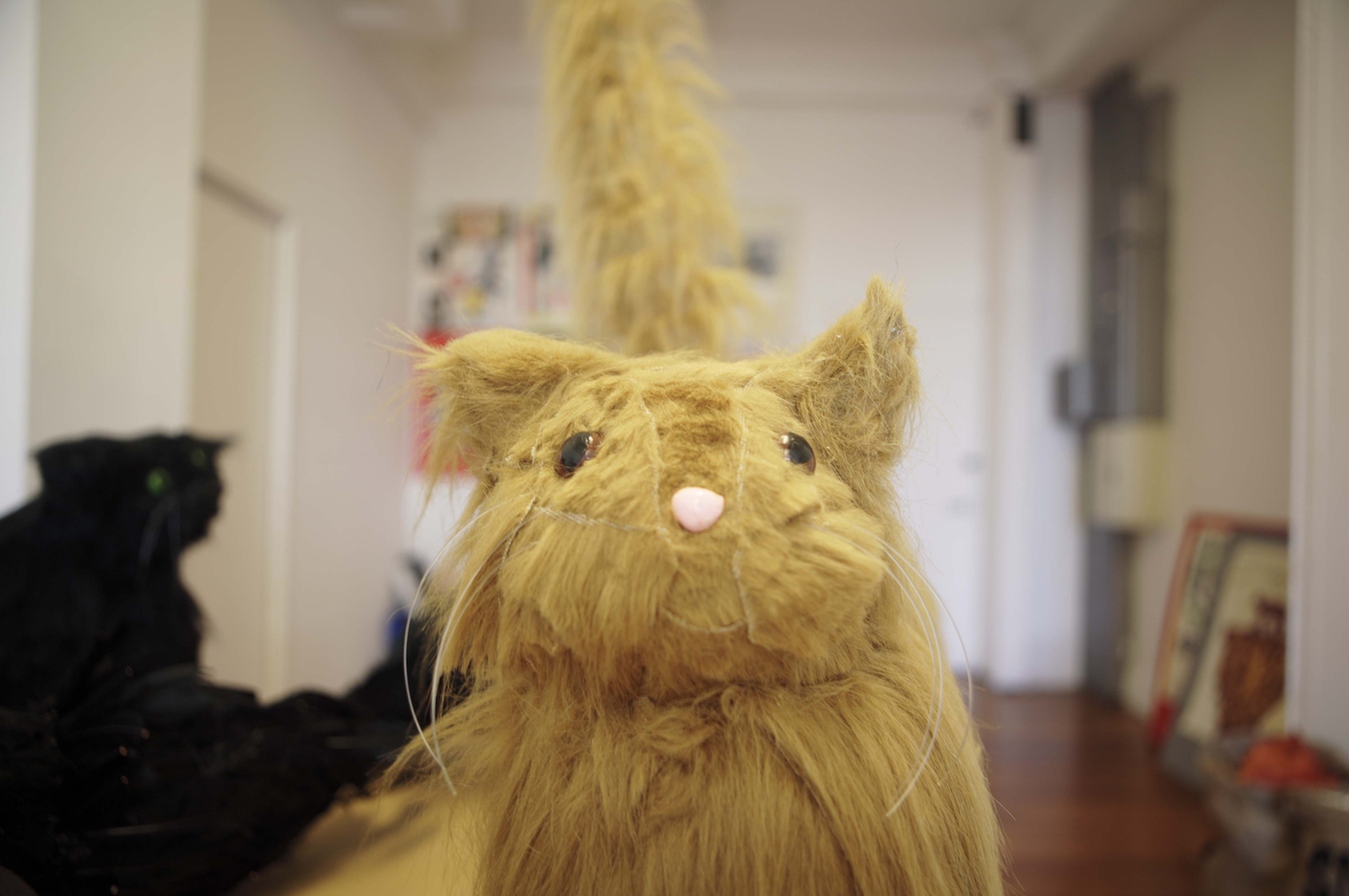 Reproducing a range of props, posters and artefacts from cinema’s back catalogue, Erica van Zon’s installation playfully accommodates a wide range of hand-crafted objects patiently awaiting the possibility of their redeployment in other, yet to be scripted, scenes.

Conditioning our impressions of the action they politely accompany, props of all kinds resonate quietly in backgrounds everywhere, building up their own histories of repetition, citation and mystique. This inventory of aestheticised reproductions blurs itself with a more imaginative sphere and aligns van Zon’s observational impulses closely with an ardour for memorabilia known only to die-hard fans.

Operating as oddly familiar totems to memory and the distant narratives that her collected works hope to reconvene, van Zon’s collected sculptural and painted elements provocatively frame the gallery as another cultural mechanism that rifts endlessly on appearances, revivals and reproductions.

Erica van Zon completed her MFA at The University of Auckland in 2007, having previously studied at Auckland University of Technology. She curated the Auckland project space dep_art_ment from 2006 - 2007 and has shown with Roger Williams Contemporary, Objectspace, HSP, and Canary Gallery in New Zealand; TCB in Melbourne; En Passant, Showcase.nl and The Chiellerie in Amsterdam; and in her apartment at the Chinati Foundation in Marfa, Texas. Another exhibition by van Zon entitled Shock! Horror! Suspense! will also be showing at Te Tuhi Centre for the Arts, Manukau during February.