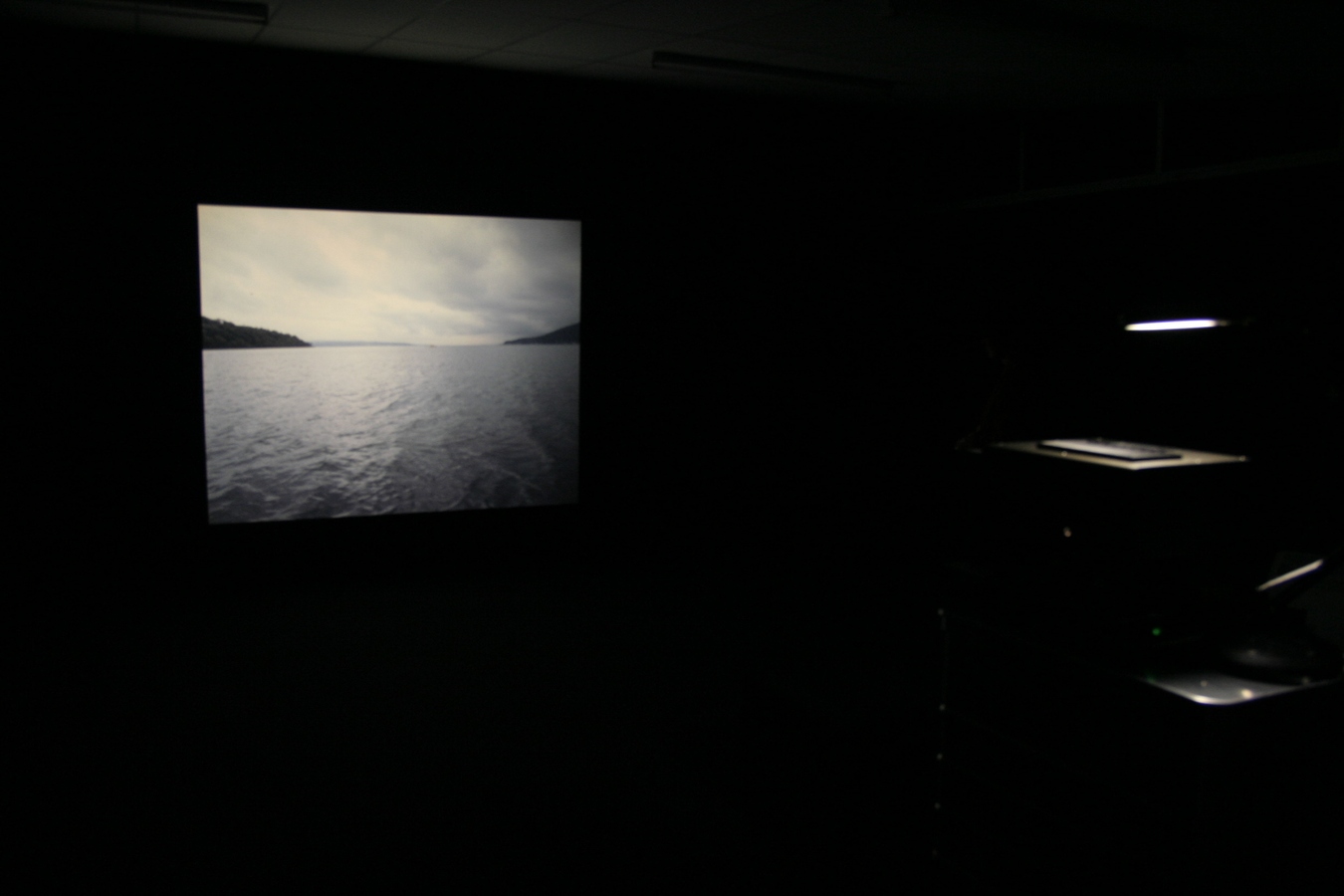 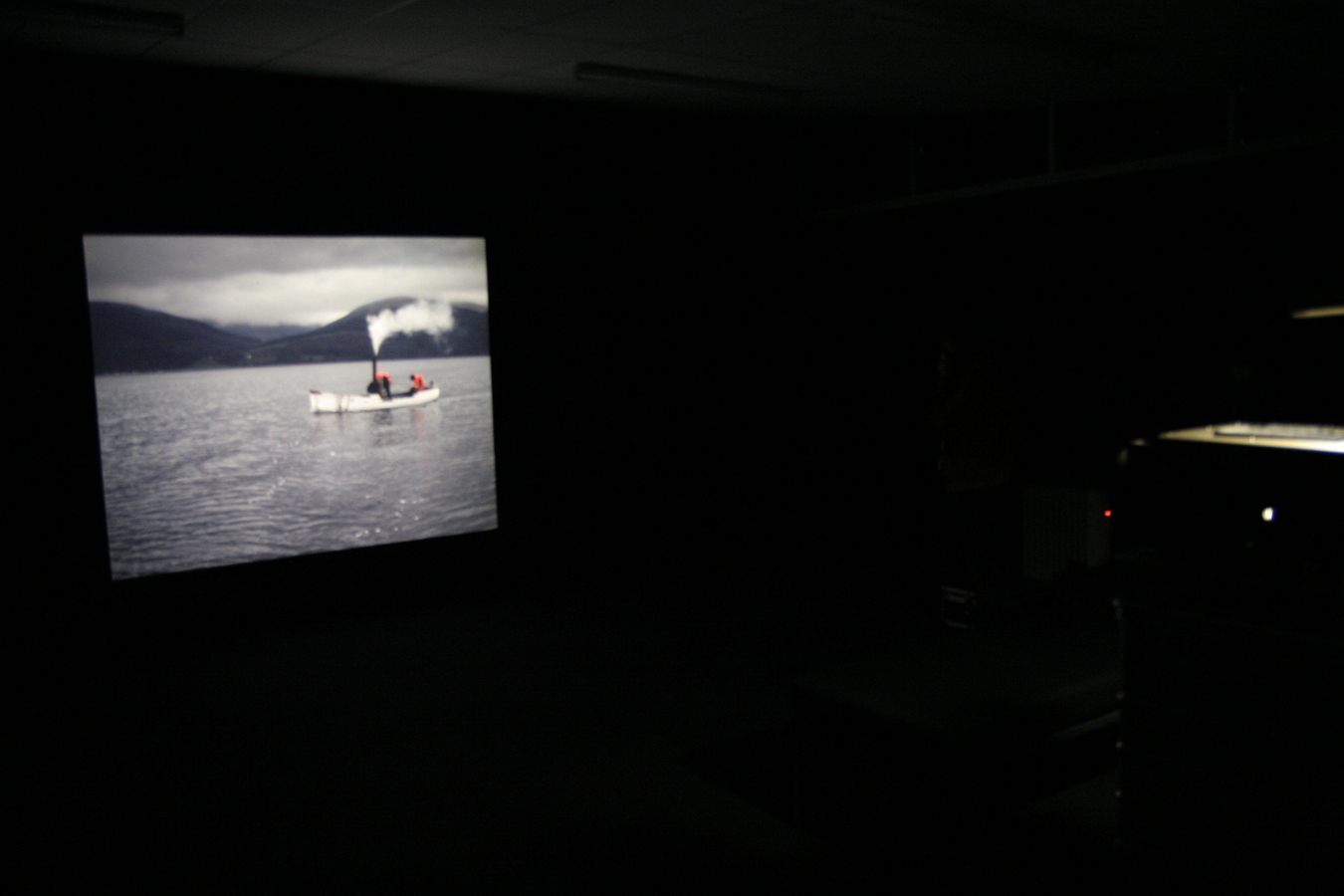 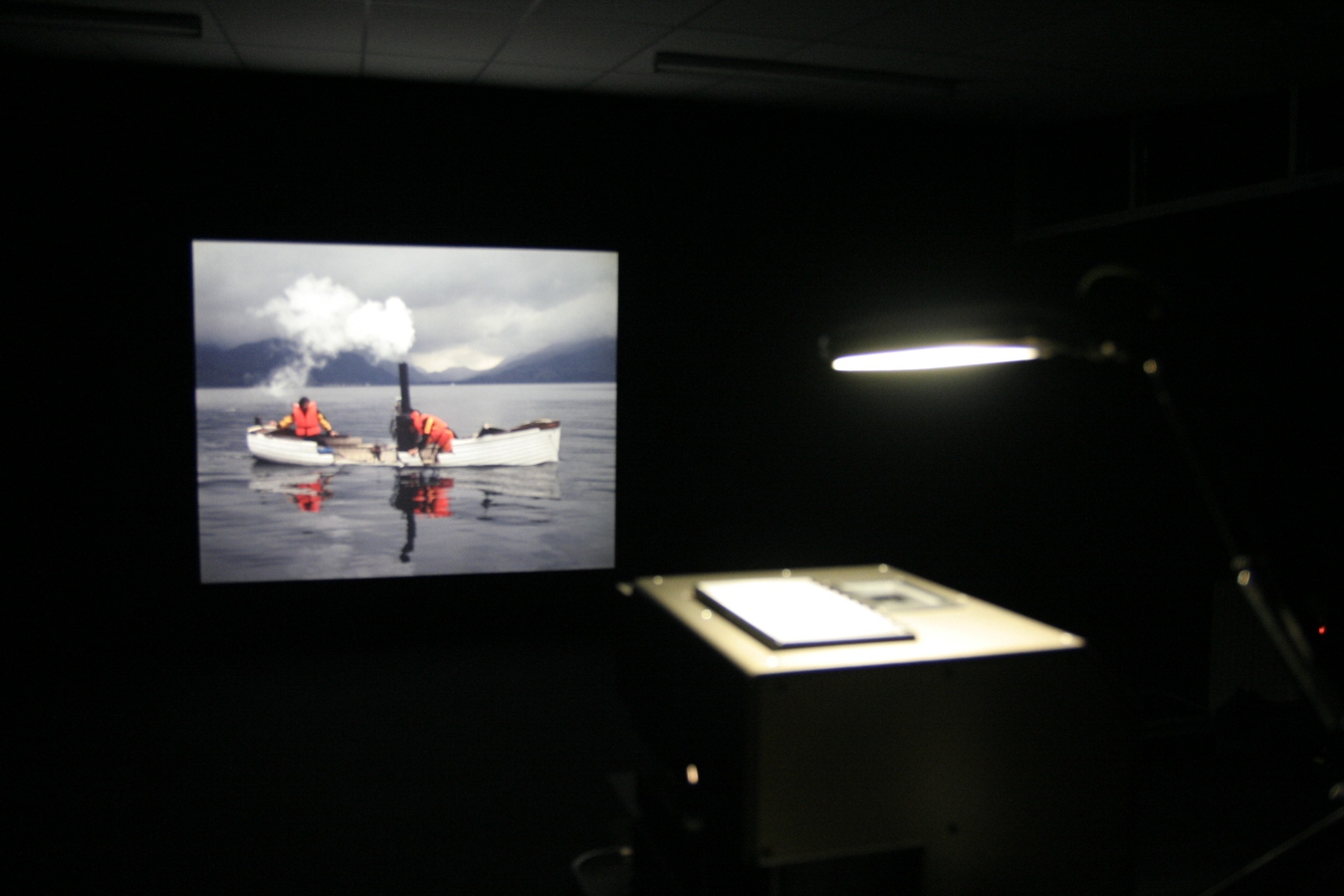 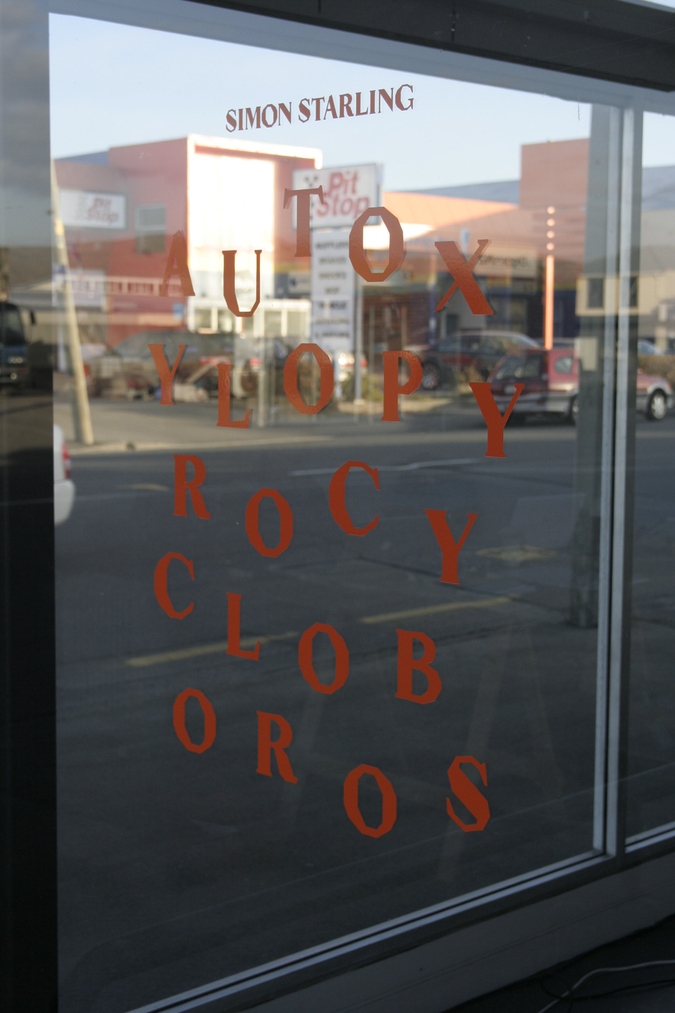 The title of this project, with its nod to alchemy, suggests an outmoded philosophy. To me alchemy is particularly interesting when understood in terms of process and not product. It’s not really about attaining gold from base metals but rather the mental space that that process allows - that utopia, if you like. Process over product, that’s the key.
— Simon Starling

British artist Simon Starling’s Autoxylopyrocycloboros documents a project he undertook in Scotland in 2006; this slide sequence being the only permanent record of the event. The original work entailed the artist reclaiming a small steam boat called Dignity from the bottom of Lake Windermere then motoring in it across nearby Loch Long, using the wood from which the boat was constructed to fuel its motion in a process of auto-destruction that eventually returned the vessel to the bottom of the loch. This cycle of recovery and destruction finds its ideal visual analogy in the revolutions of slides that pass through the projector to seamlessly document the performance. As a record that outlasts the action, it offers a metaphor for photography’s historical value; yet Autoxylopyrocycloboros actually takes us nowhere, as each rotation returns us to the beginning; a perpetual return that delivers no final effect.

Starling describes his work as ‘the physical manifestation of a thought process’. As such it is an absurdist response to the terms of the Cove Park Commission for which the work was executed, which is designed specifically to enable a contemporary artist to undertake a period of artistic research in order to produce new work. Using old technology—steam propulsion and slide projection—Starling provides a humorously fitting analogy for the possible consequences of future real-world auto-destruction, referring—in the raising and sinking of his little vessel—to the Trident submarines that carry missiles as part of the United Kingdom’s strategy of nuclear deterrence that share their base in Loch Long. Autoxylopyrocycloboros is therefore more than a record; it survives as a meditation on history and technology and a pointed critique of our all-too-human investment in progress and the abuse of power to which it gives rise.

The exhibition has been realised through a partnership with the Adam Art Gallery, Wellington, and is received courtesy of Casey Kaplan Gallery, New York.