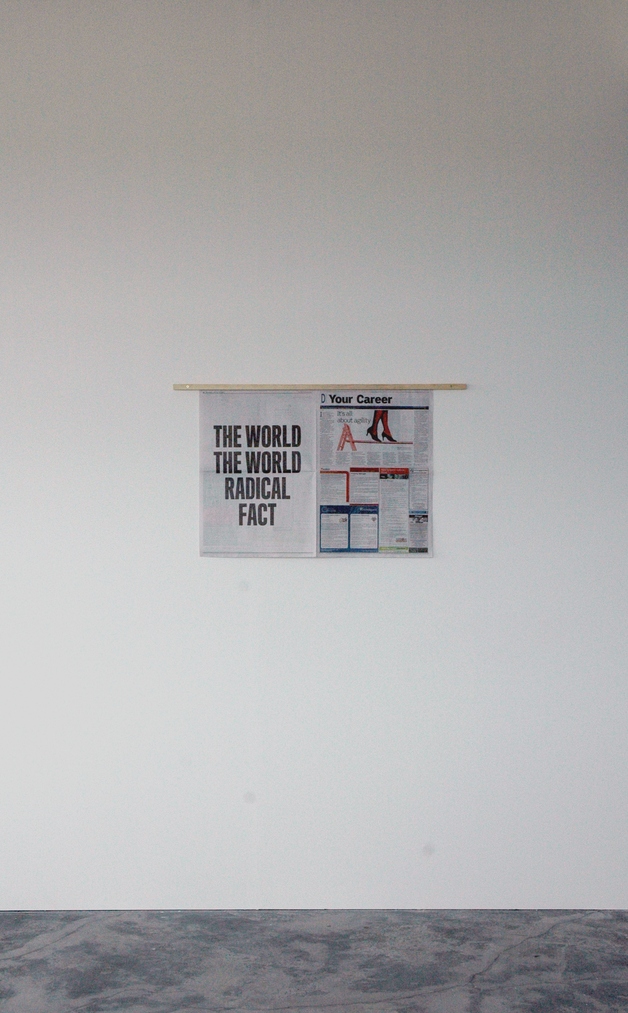 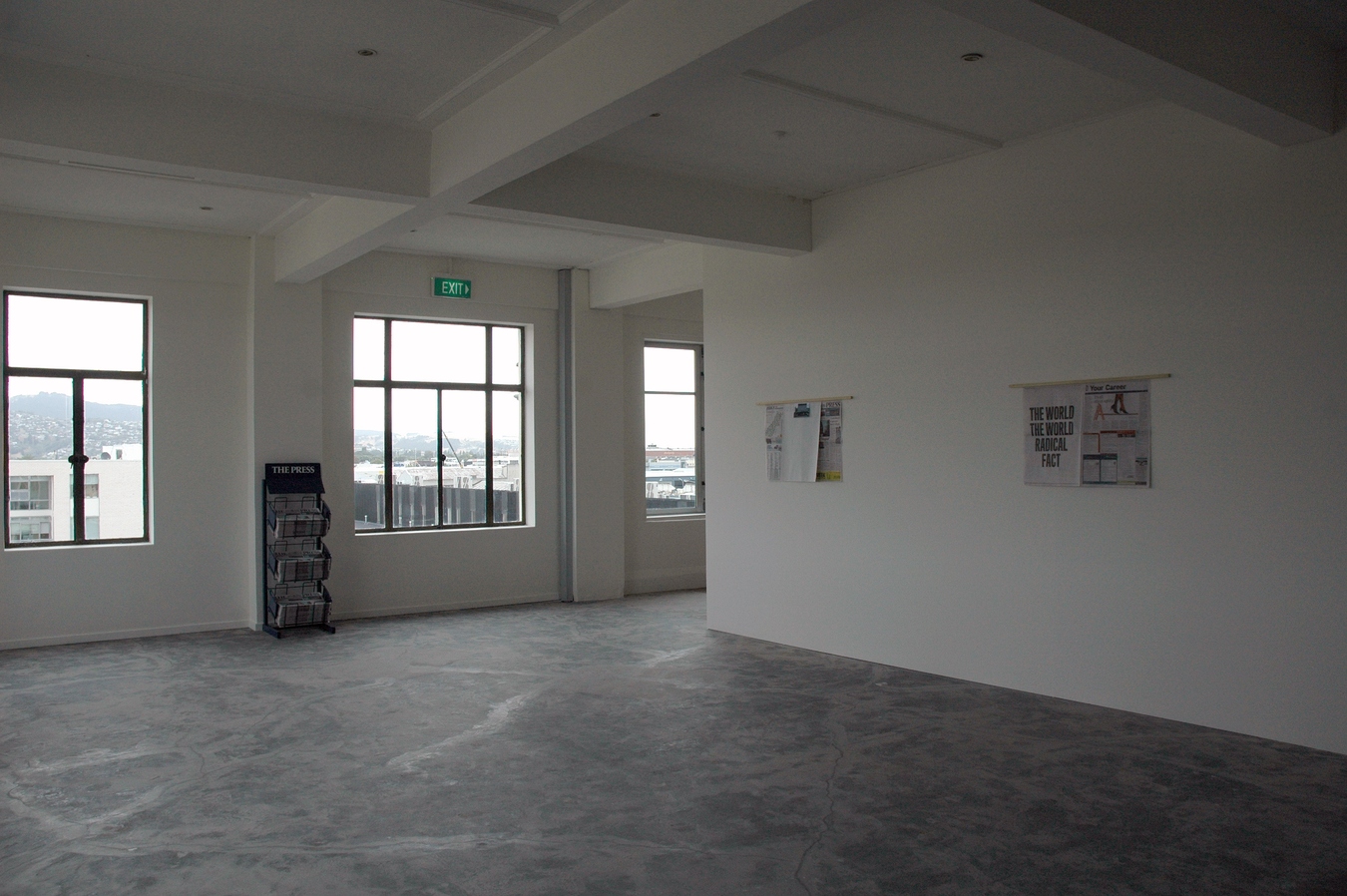 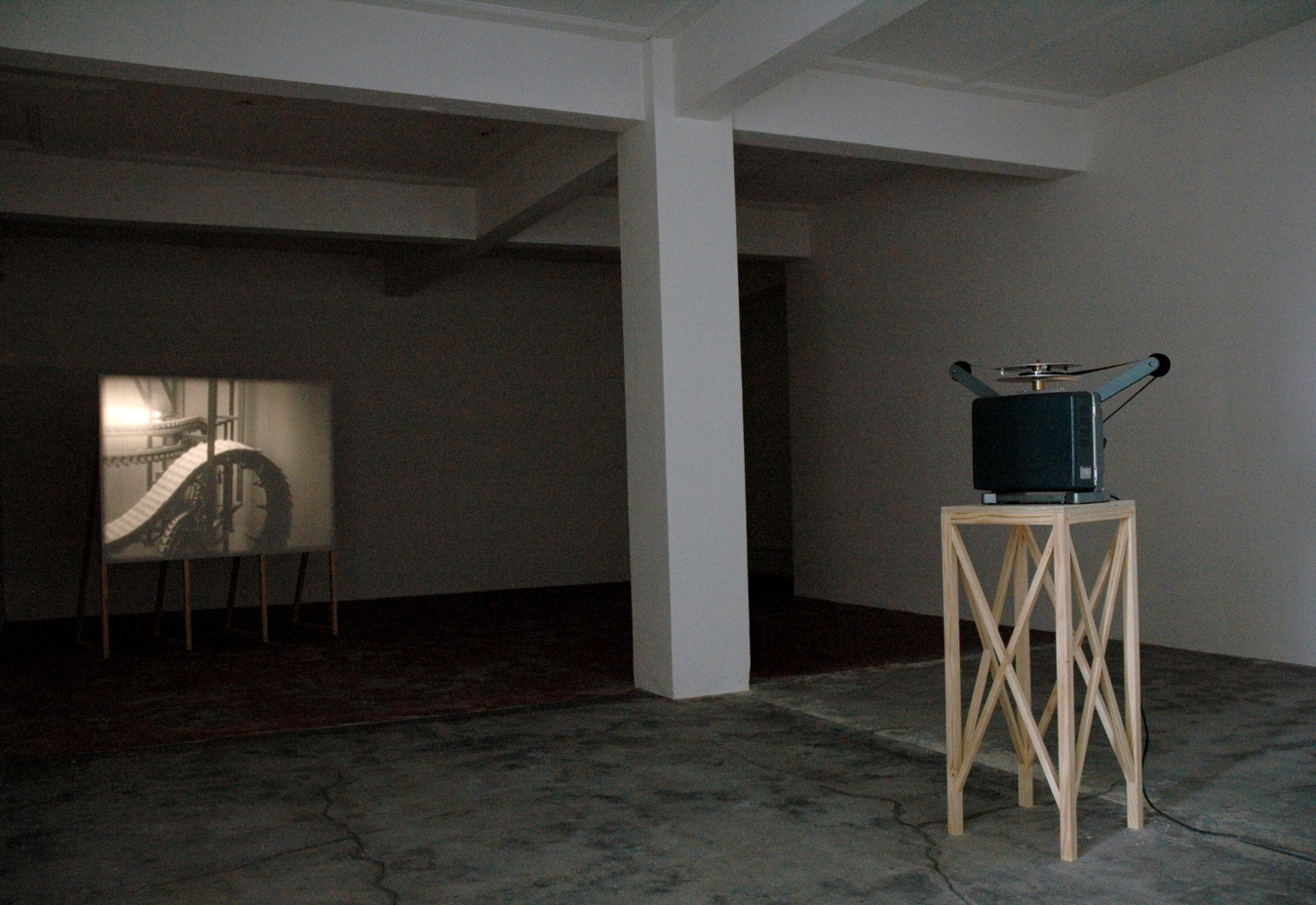 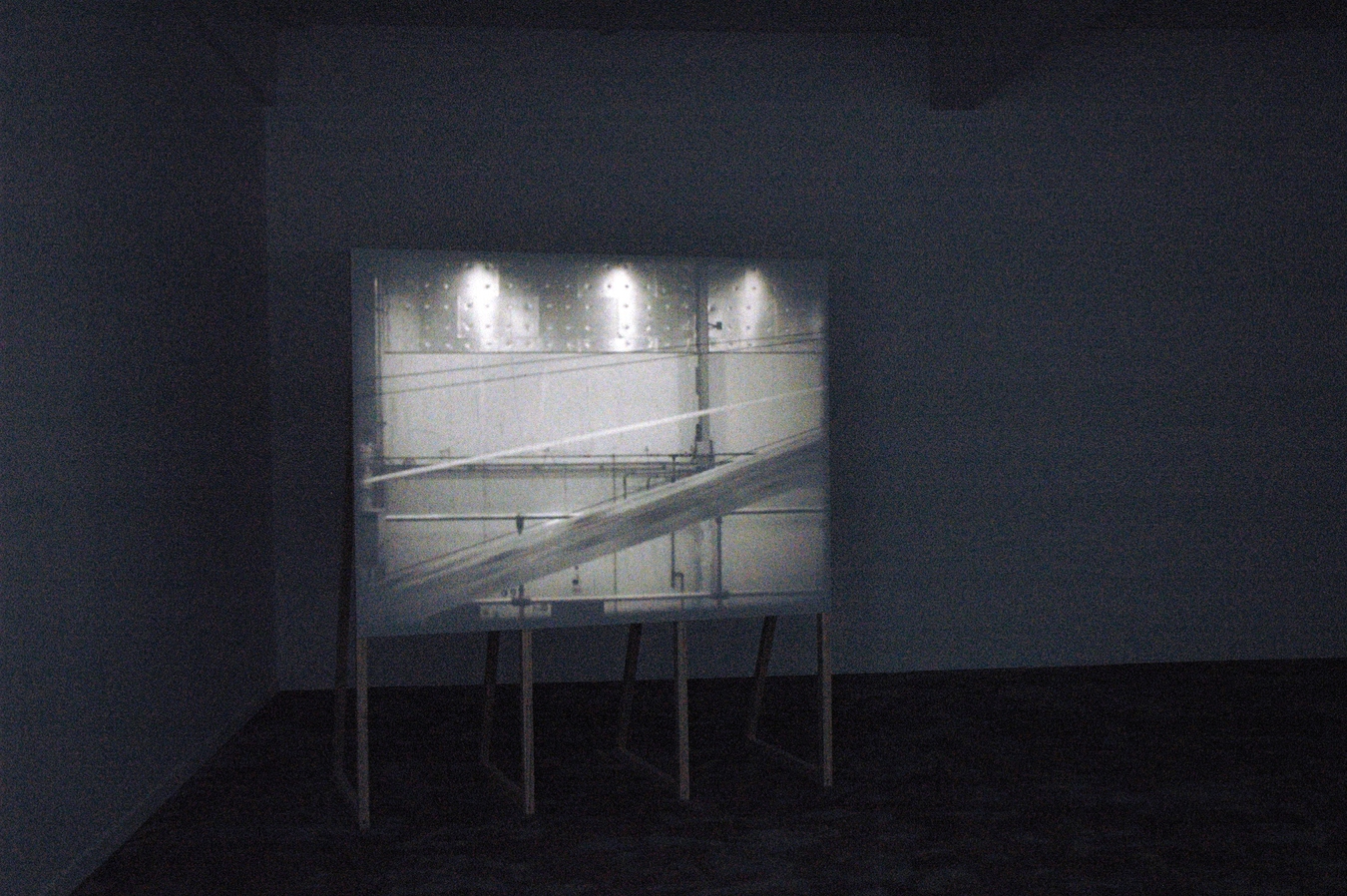 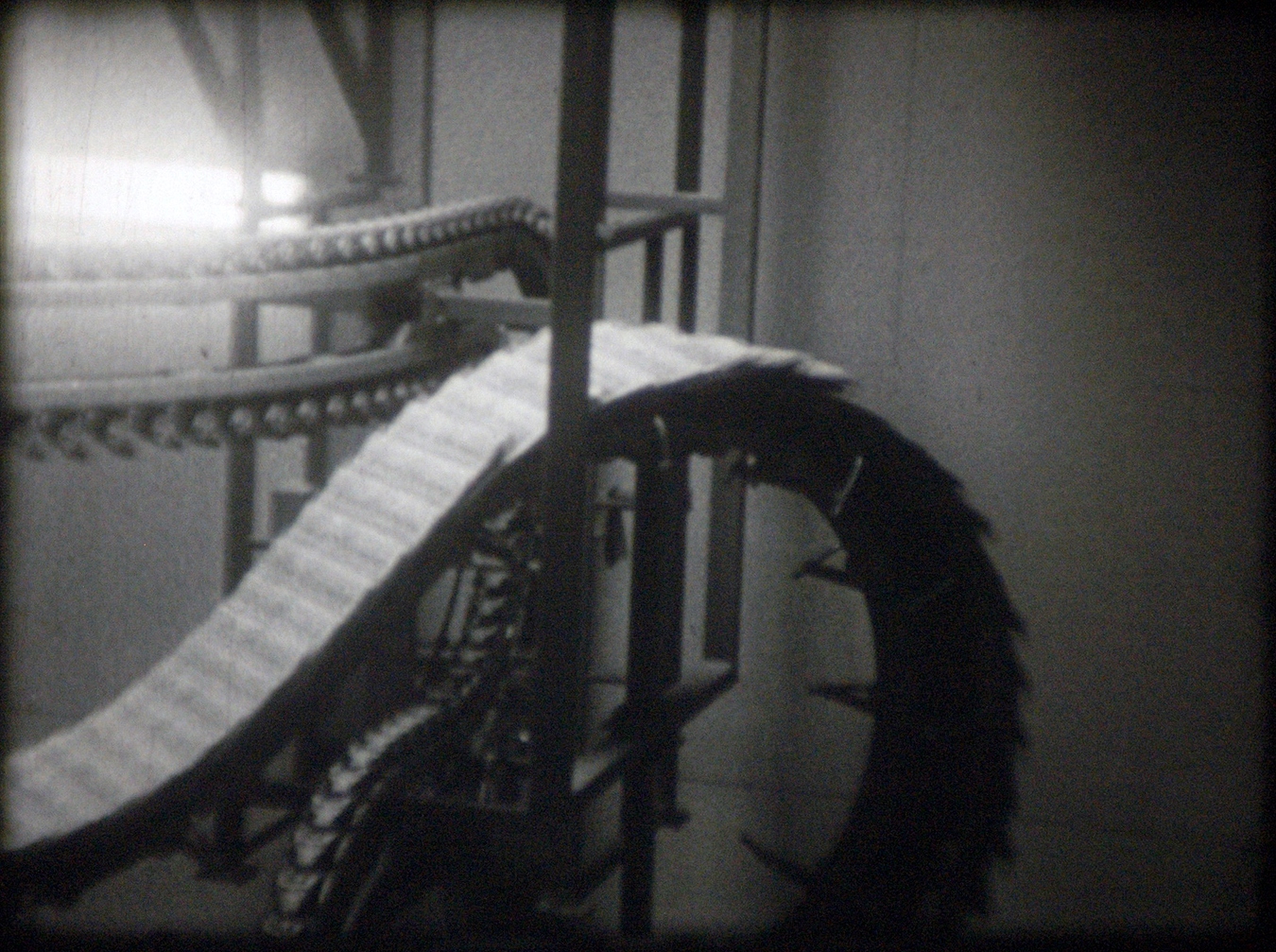 Louise Menzies' recent work has repeatedly activated particular formats, aesthetics and histories of film and print media. The ethnographic roots of 16mm, the historical hippie magazine Mushroom, the desktop-published pamphlets of the Citizens Advice Bureau and the mastheads of contemporary international newspapers have all been explored in ways that merge form and content, raising subtle questions about the values inhabiting certain processes and styles.

The inaugural exhibition in The Physics Room’s newly renovated Tuam St space is a newsworthy occasion. Menzies' new project World, Business, Lifestyle, Sport includes a full-page text work that will appear in Christchurch newspaper The Press, whose printing plant is one subject of a film projected in the gallery. The new moving image piece, The Press, Kodak Eastman 5222, suggests an analogy between the vast spools of paper passing through print machinery and the 16mm film running through a projector. The work in the newspaper translates the names of several international newspapers, circulating in The Press for a single day and temporarily extending the venue of the exhibition to reach approximately 88 000 readers across the South Island. Menzies' artist book Local Edition, a forerunner for this work, was published by The Physics Room and DDMMYY in May 2012.

World, Business, Lifestyle, Sport brings together works commissioned in the context of post-earthquake Christchurch. The categories identified by the sections of the paper Menzies takes as her title might also offer ways in which to consider the view revealed to gallery visitors from The Physics Room's new Level 3 windows overlooking the city's Red Zone.

Louise Menzies (Christchurch, 1981) is currently based in Brussels, Belgium. In 2012 she presented a solo project Sculpture/Metal at Te Tuhi, Pakuranga, and contributed works to the exhibitions Made Active at the Auckland Art Gallery, Was that cannon fire, or is my heart pounding? at Enjoy Public Art Gallery, Wellington, and Everybody knows this is nowhere at castillo/corrales, Paris. Her recent publications include Local Edition (The Physics Room, DDMMYY, 2012) and Pursuit of an Ideal (Clouds, 2012). Menzies is represented by Sue Crockford Gallery, Auckland.

A response to the exhibition by Hamish Win (pdf)