“A truly unsettling, visually inventive, stylistically thrilling and quite marvellous diamond in the rough. Incredibly, all of the dialogue, music and location sound for Woodenhead was completed first and the images shot to fit, a crazed reversal of accepted practice.”

Woodenhead, "a grimm musical fairytale" that takes a "Hansel-and-Gretel-like journey through New Zealand's towns, bush and forests", is a black and white digital feature that is the result of a collaboration between director-sound designer Florian Habicht (a 2002 SPADA New Filmmaker finalist) and composer-sound designer Marc Chesterman. The film was funded - like Habicht's other digi features (Liebesträume and upcoming Kaikohe Demolition) - by the Screen Innovation Fund. Woodenhead is the tale of Gert, a naive dump-hand who believes he is the luckiest man under the sun. 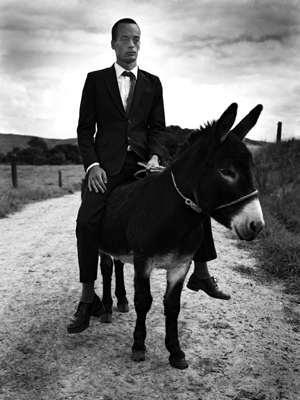 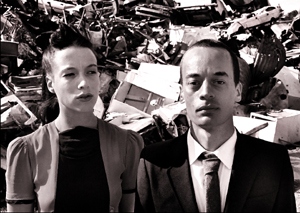