John Chrisstoffels will begin by considering the exhibition and discussing the properties of what we are seeing in Surplus Reality. In particular, his response will look closely at the chemical, optical, and mechanical artifacts that remain visible in the 16mm film used by Paul and the unique properties that it generates. As these artifacts are absent from modern digital cinematography, Chrisstoffels will then discuss why an artist might decide to work in an older ‘outdated’ medium and start to look at deeper meanings behind the work and our understanding of representation.

Using Michel Foucault’s “This is Not a Pipe” as a starting point for discussion, Chrisstoffels’ will begin to think in depth about the whole installation work and the gallery space that it occupies. What ideas of a ‘heterotopian’ alternate reality, created from these artifacts, give us pause about the real world surrounding us?

As a Filmmaker and Musician for over 30 years, John Chrisstoffels' research interests span much of what might be described as 'time-based' art. He has achieved critical acclaim for his work both nationally and internationally. Chrisstoffels has collaborated with high-profile international and local artists/film-makers. As a respected member of the New Zealand film-making community, he has been a Creative New Zealand panelist and committee member of numerous film organisations and events. Research interests include film theory and the history of film (New Zealand and international), and all facets of film-making directing and producing, as well as new technologies. 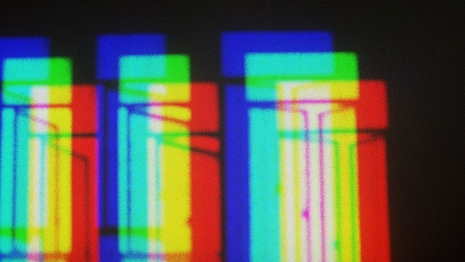