Radio Kiosk is an experimental radio compilation. It gathers together experimental radio shows and music labels from around New Zealand and Australia, into a single programme broadcast from The Kiosk Public Art Site on the corner of High, Manchester and Lichfield Streets in Christchurch. It is a radio station made up of other radio stations, an exploration of adventurous radio that channels the sounds of other times and places.

Radio Kiosk broadcasts through a small handmade mini-FM transmitter built by Adam Hyde, and designed by Japanese ‘mini-FM’ pioneer, Tetsuo Kogawa. Kogawa inspired Japan’s ‘mini-FM’ boom in the early 1980s, by establishing radio stations that broadcast across a few Tokyo blocks to evade Japan’s strict broadcast licensing laws. Most radio stations try to transmit with great power across a wide area, so that their audience can listen as they go about the rituals of daily life - at home, in the car, at work. Mini-FM deliberately restricts its transmissions to its immediate surroundings, so that it physically draws its listeners in. Radio Kiosk will have a very small transmission zone; audible within a couple of blocks through your own portable radio, car stereo or walkman. The programme will be audible without a radio receiver when you are standing close to The Kiosk.

The Radio Kiosk programme was contributed to by radio hosts and musicians from New Zealand and Australia. Some of its content was first broadcast last week, some was broadcast last decade - these are the transient products of other radio stations, plucked from the ether for another listen. The programmes will be played randomly for three weeks, so that the unpredictable content is never predictable.

The project was partly inspired by a discussion on the Audio Foundation mailing list about experimental radio shows in New Zealand, and reminiscences about 'Rotate your State' / 'Rotate', a discontinued but much loved feature of Christchurch radio station RDU. Rotate's last host, Sally McIntyre, has written an evocative essay about the show's intentions and processes to accompany a selection of live recordings that feature on Radio Kiosk.

Radio Kiosk is coordinated by Zita Joyce and Adam Willetts, with The Physics Room, Adam Hyde, and Sally McIntyre. 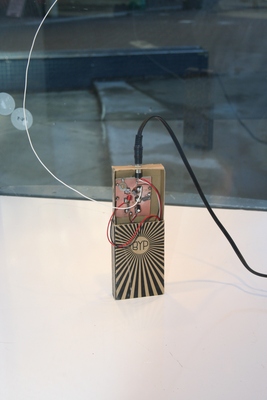 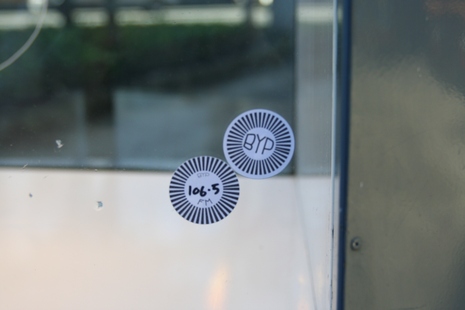 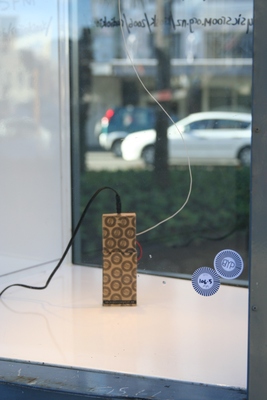