Demarnia Lloyd is one of New Zealand’s foremost female underground singer/songwriters. Residing in Dunedin for ten years, and currently working from Wellington, her early work included singing in the high energy ska-skate band Munky Kramp, and with the revolutionary Dunedin electro-pop band Mink. Her main focus for the past eight years has been as the singer and songwriter for the ethereal and orchestrally delightful multimedia ensemble, Cloudboy, working on a number of highly received mixed media tours and two outstanding albums.

For the last three years Demarnia has been also developing an interesting solo career, creating such personas as Cloud Coupe, a peculiar casiotone based solo act, and her first solo album “Trace” (released in 2000 through Arclife). Her most recent concept, “Augur”, was a play with music that explored the ancient Roman practice of augury, which is divination through bird flight.

As the inaugural artist in residence at Smiths Grainstore in Oamaru in February 2001, the proposal Demarnia put forward to the Whitestone Community Artist's Trust was an interesting one. She wanted to use the top floor of the huge old building as a live-in studio in which she would sleep and dream, and upon waking transform her dreams into lyrical and melody ideas, which she would then record using a digital recording studio.

At the end of her residency Demarnia had completed a cluster of nine songs, a peculiar collection that somehow captures the elusive, chaotic and unexplainable feeling of her dreams. At one moment gently hilarious, the next hauntingly lonely, this EP is a curious glimpse inside a world difficult to describe at the best of times.

To present the music of the "Set Upon a Curve" album, Demarnia has enlisted the help of musicians John White, Lucien Johnson and Anton Wuts. Essentially a multi-layered melody based performance, the players will be overlayed with a specific filmscape by Demarnia, and embellished with costumery and properties courtesy of Donna Demente and Jef T Mitchell.

John White is a Dunedin singer/songwriter, who plays guitar and violin. Mostly known for his poprock band, Mëstar, John also plays with Cloudboy and The Zoo Polluters, and has played in traditional celtic legend Marannan (Blackthorne), and worked with Jay Clarkson. His latest creation "Balloon Adventure" is a whispery and moving solo album of quaint guitar songs. It was recorded during the making of Mëstar's latest album with the help of John's old violin teacher, Alan Starrett, who contributes viola, cello, trumpet and piano accompaniment.

Anton Wuts is a charming gentleman and a versatile woodwind instrumentalist playing clarinet and bass clarinet. He also works with The Letterbox Lambs, Box of Birds, and Urban Taniwha.

Lucien Johnson is a startling new phenomenon in Wellington's jazz scene. Primarily a saxophonist, he is known to heavily indulge in the piano accordian, flute and clarinet. Alongside composing for Box of Birds, he also works with Urban Taniwha, The Lucien Johnson Trio, The Teen Idols, The Family Mallet and The New Razorblades. 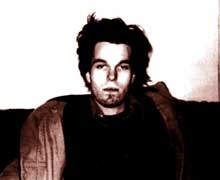 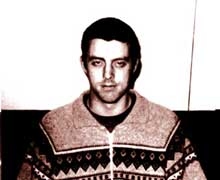 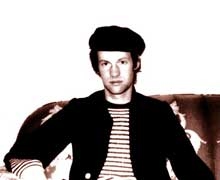 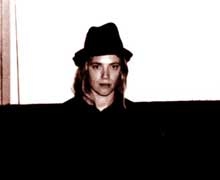