The Arcades Project is the major work of German cultural theorist Walter Benjamin. Written between 1927 and his death in 1940, it remained unfinished; a series of fragments, reflections and quotations, loosely arranged into categories or ‘convolutes’. Benjamin focused on the arcades of 19th century Paris and the commodification of things, though he described The Arcades Project as the theater of all his struggles and all his ideas.

On the corner of Christchurch’s Kilmore and Durham Streets, a series of structures designed by local architect Andrew Just create a temporary public space also named The Arcades.

Join us this Saturday to discuss these two arcades projects and the relationship of public and commercial space. 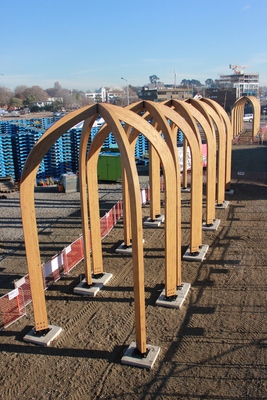