Lawrence English is writer, musician and media artist based in Brisbane, Australia. Working across a broad range of art forms, English's work is eclectic. For over a decade, English's audio explorations have sprawled a range of areas. Sonically, the work calls into question the established relationships between approaches to sound and structure - traversing experimental soundscapes and free improvisation to processed beat works and concrete-influenced compositions, his back catalogue spans a dynamic array of frameworks. In recent years English has performed and improvised with the likes of David Toop, Ami Yoshida, Oren Ambarchi, Marina Rosenfeld, DJ Olive, Philip Samartzis, Toshio Kajiwara, Scanner, Tetuzi Akiyama, Janek Schaefer and KK Null.
www.room40.org

Greg Davis is a musician based in Chicago. As an undergraduate at DePaul University in Chicago, Davis studied classical and jazz guitar alongside composition and jazz studies. In 1997, he started his own label, Autumn Records, in order to put out his music and that of others. At this time Greg was attending the New England Conservatory of Music in Boston, where he received his master's degree in composition in June 2001.
http://www.autumnrecords.net

Jeph Jerman became interested in sound at an early age, experimenting with the first tape recorder he was given as a birthday present. What followed was many years of playing commercial music in a large number of bands and orchestras as well as working for several college radio stations and absorbing as much sound from around the world as he could. In 1983 he founded the first of what would become many 'more experimental' groups and began seriously working on his own soundwork. In 1986 Jerman began recording under the name 'Hands To', eventually releasing far too many cassettes, albums and CDs as well as founding the band 'Blowhole'. He believes that this is where he learned to listen, becoming less and less interested in music as a medium for self-expression. 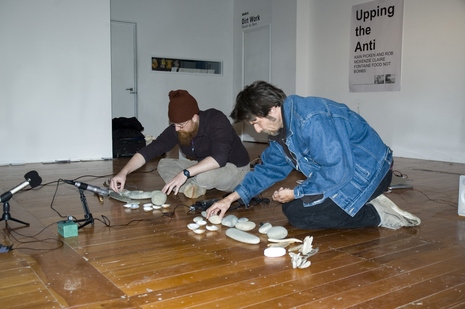 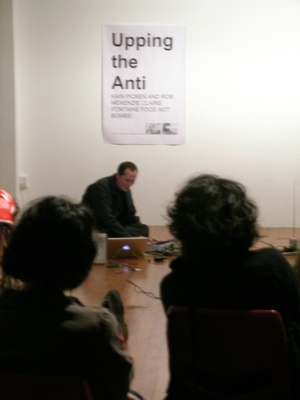 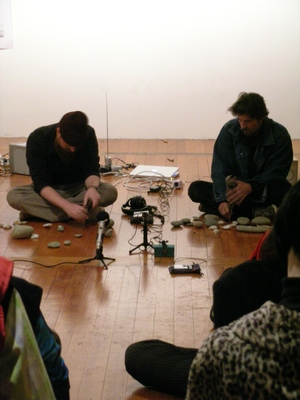